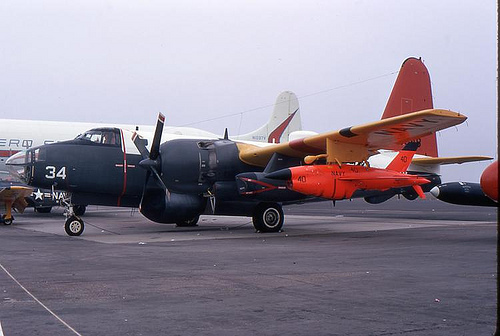 The BQM-34 Firebee is a target drone originally manufactured by Teledyne Ryan (purchased by Northrop Grumman in 1999) which has been in service with the U.S. Navy since the late 1950s.  The aircraft can simulate both enemy aircraft and missiles for air defense and air-to-air engagements.  The remotely piloted vehicles have been launched from land and ship with RATO (rocket-assisted take-off) canisters or dropped by various aircraft including the DP-2 Neptune and DC-130 and are recovered with a two stage parachute system. The Firebee is piloted with the System for Naval Target Control (SNTC) at a range of up to 200 nautical miles line of sight.  The drone can carry wing tip infrared or electronic countermeasure pods.

The U.S. Navy has operated several variants of the BQM-34 including: