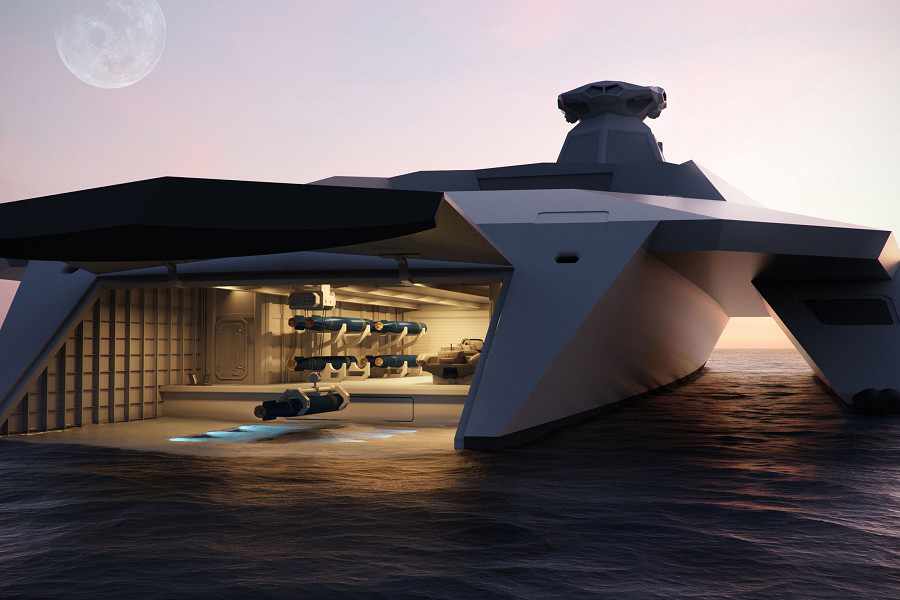 Dreadnought 2050 is a project to develop a future surface combatant by , a collaboration of companies providing maritime mission system concepts for the United Kingdom's Royal Navy and Ministry of Defence.

The trimaran-hulled vessel would be made of advanced composites and graphene will serve as a mothership for a number of unmanned vehicles including UUVs and UAVs.  The ship would ballast down to launch boats and AUVs from a well deck in the stern. The ship's 3D printer will also be capable of manufacturing additional drones.

Royal Navy fleet robotics officer Commander Steve Prest said of the project: "We welcome a project that allows some of Britain's best and brightest young engineers to come up with ideas on what a warship might look like or be equipped with in 2050." 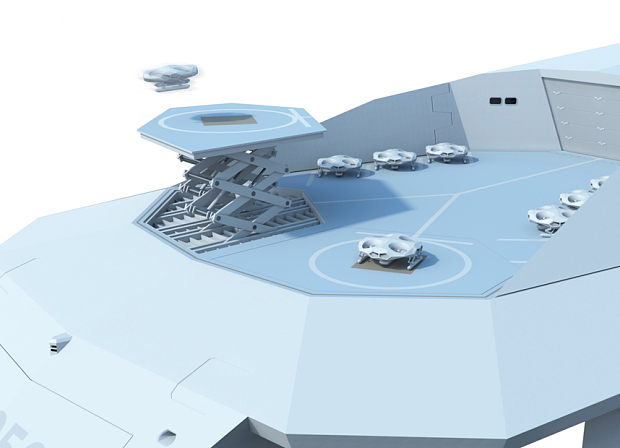