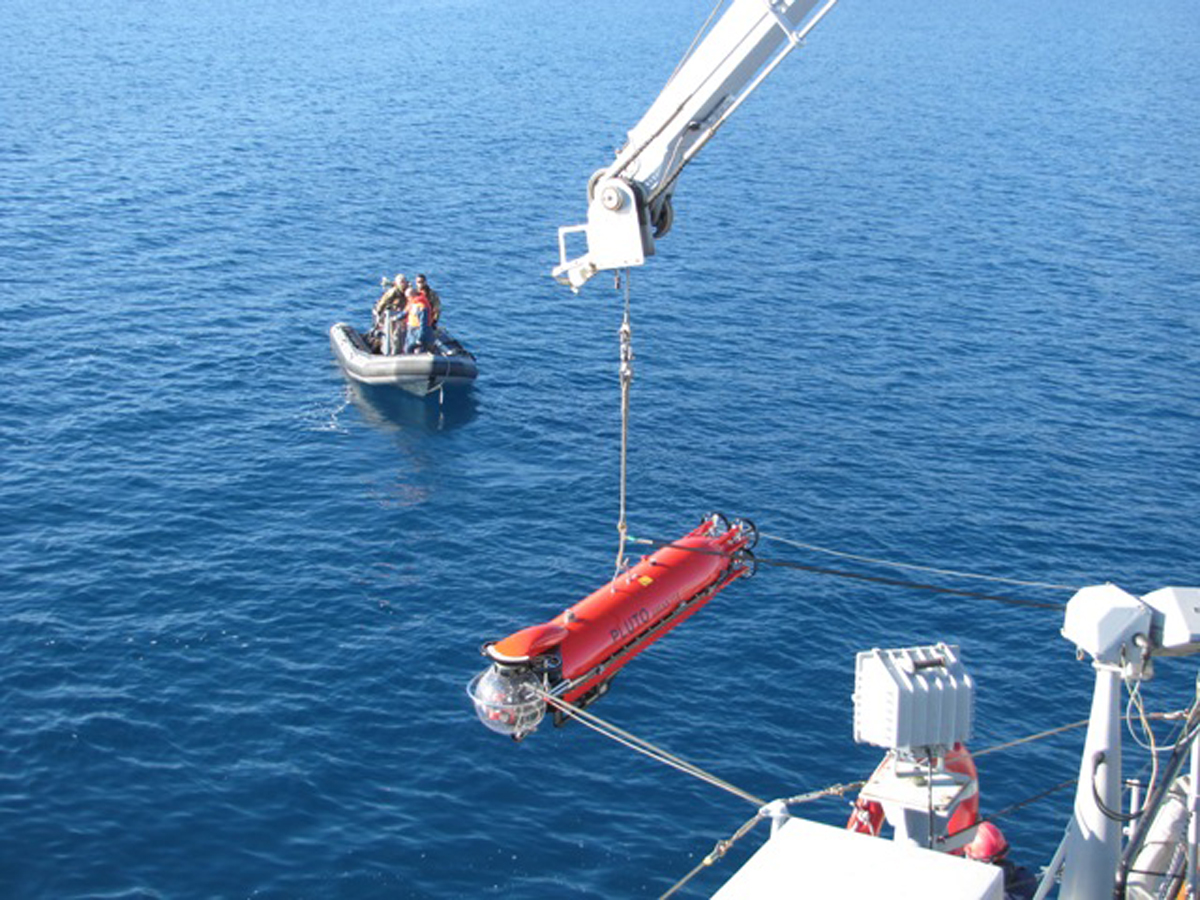 Pluto Plus is an unmanned underwater vehicle built by Italy's Gaymarine Electronics for mine hunting. The low magnetic and acoustics signature vehicle can be operated by a fiber-optic cable or wireless link for hull inspections.  The vehicle's batteries provide an endurance of 2 to 6 hours at speeds of up to 6 knots.  Pluto contains cameras and three sonars to detect and identify underwater objects and is rated to a depth of 300 meters.  A variant called the Pluto Gigas is rated for 600 meters.

There are over 150 vehicles in service around the world.  The U.S. based company Columbia Group built three of the vehicles under license for foreign military sales to Egypt's Navy under a $10.6 million fixed-price contract. The vehicle is also in service in the Italian and Norwegian Navies.