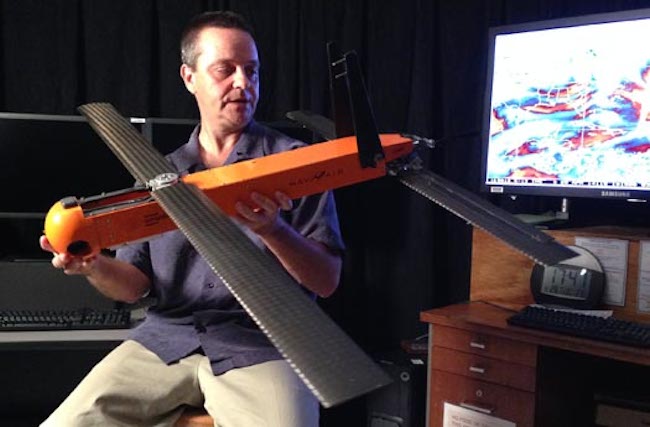 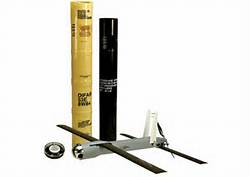 The Coyote expendable UAV was developed Advanced Ceramics Research (later acquired by BAE Systems) under an Office of Naval Research (ONR) Small Business Technology Transfer (STTR) grant. The one meter long UAV was designed to be launched from a standard A-size sonobuoy tube of a helicopter or maritime patrol aircraft. After ejection, a parachute deploys and the UAV unfolds its X-wings to begin its electrically-powered flight

Coyote can transfer full motion video up to 37 km (20 nm) using a 2 watt S-band transmitter. The vehicle has a 90 minute endurance at a 60 knot cruise speed and can operate at altitudes up to 20,000 feet.  In 2009, a National Oceanographic and Space Administration (NOAA) WP-3D Orion launched Coyote on a 49 minute test flight.  On September 15, 2014, researchers from NOAA launched a Coyote with weather sensors into Hurricane Edouard over the North Atlantic Ocean.