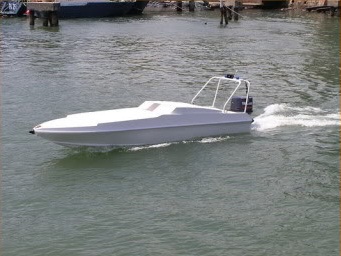 Jampiras is a prototype optionally-piloted unmanned surface vessel developed by researchers led by Azhar Bin Ariffin in Malaysia.   The vessel is based on the  Belacak boat and has a non-line of sight (NLOS) system enabling it to transmit data and video up to 30 km.  Jampiras was first tested in 2008 and is being marketed to maritime agencies including Royal Malaysian Customs, Malaysian Armed Forces (ATM) and the Malaysian Maritime Enforcement Agency (MMEA) for surveillance missions.