The RQ-97 is a conceptual unmanned helicopter variant based on Sikorsky's S-97 Raider. The Raider draws its design from Sikorsky's X2 technology demonstrator. The counter-rotating coaxial rotor design has a six-bladed pusher propeller and can achieve speeds of up to 220 knots. The aircraft's two advancing side rudders allow it to turn in half the radius of a conventional helicopter. The Raider is powered by a General Electric YT706 engine, a variant of the CT7.

The RQ-97 has a low acoustic signature and is designed for armed reconnaissance.  Sikorsky's conceptual videos have depicted missile-armed ship-launched unmanned X2 variants suppressing threats while under the command and control of a manned MV-22.

Have a better photo of the RQ-97? Please send to info@navaldrones.com. 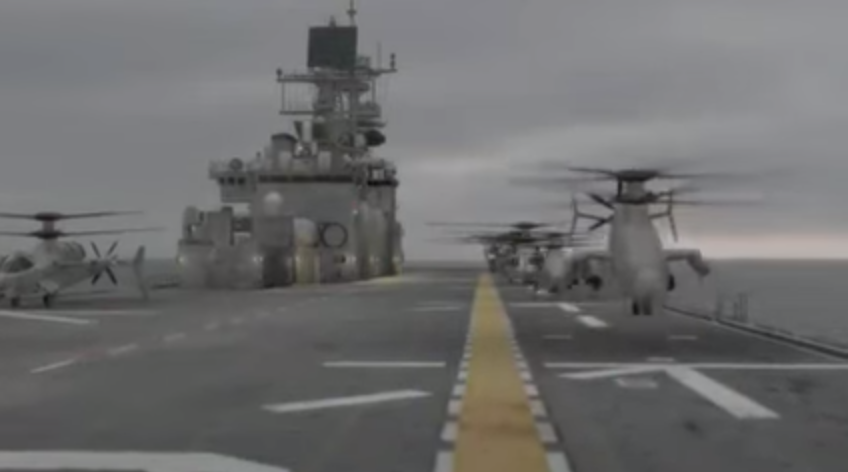