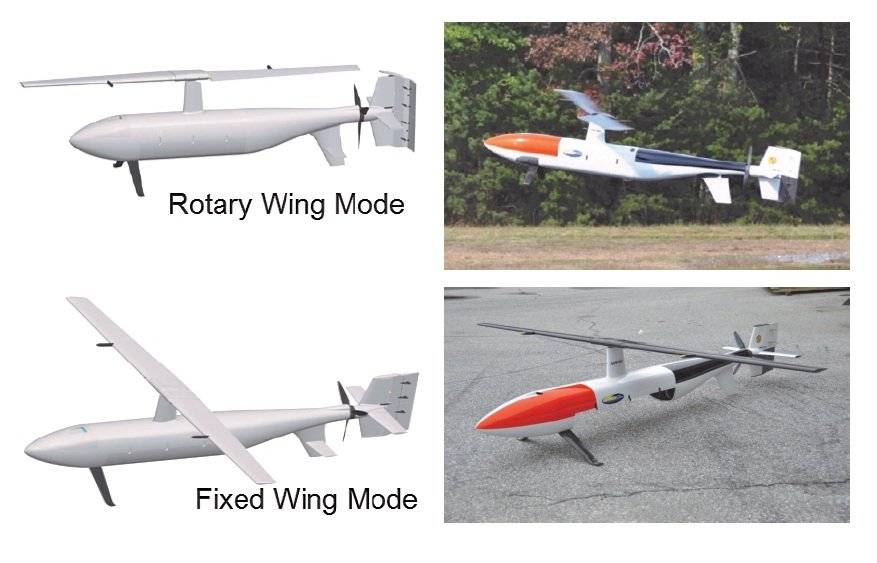 The Naval Research Laboratory (NRL) has developed and tested an unmanned aircraft capable of transitioning between helicopter and fixed wing flight modes known as the Stop-Rotor Rotary-Wing Aircraft.

The UAV has a removable payload bay 12 inches wide by 38 inches long and six inches deep designed to drop payloads such as sonobuoys or the Expendable, Mobile Anti-submarine warfare Training Target. The prototype aircraft is electrically-powered for flights of 30 minutes long and a cruise speed of 100 knots.

The aircraft flew in helicopter mode in the fall of 2011, and autonomously in November of 2012.  Further flight testing is planned for the summer of 2013, but the aircraft is not yet ready to conduct in-flight transition.