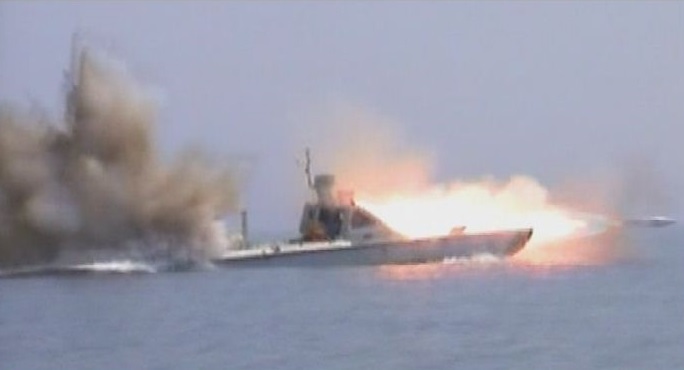 The Iranian Revolutionary Guard Corps Navy's "Ya Mahdi" (a reference to Shia Islam's 12th Imam) unmanned surface vessel was first publicly described in 2010 as a remotely controlled fast attack craft. During the Guard Corps exercise "The Great Prophet 5" held that April in the Straits of Hormuz, IRGCN commander Ali Reza Tangsiri said that "since the boat has high speed, it is less detectable by radar." Some reports say that the vessel is based on the civilian Bladerunner 51 speed boat, of which manned variants serve with the IRGCN.  The boat is reportedly capable of firing missiles (others say unguided rockets).