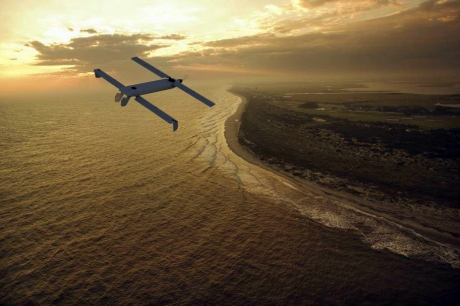 During the Annual Navy Technology Exercise (ANTX) activities in August, the Submaran relayed instructions to Marlin from a ground control station via underwater acoustic communications. Following these instructions, the Marlin launched the Vector Hawk using a specially-designed canister from the surface of the Narragansett Bay. Following launch, Vector Hawk successfully assumed a mission flight track. All three autonomous vehicles—Marlin, Submaran and Vector Hawk—communicated operational status to the ground control station to maintain situational awareness and provide a means to command and control all assets.

“Lockheed Martin has heard loud and clear the U.S. Navy’s call to get faster, be more agile, and to be continually creative,” said Frank Drennan, director, mission and unmanned systems business development. “We have clearly illustrated that we have the necessary agility and quickness combined with innovative technology to increase the range, reach, and effectiveness of undersea forces.”

Lockheed Martin’s Vector Hawk is designed for canister or hand-launch in all-weather, maritime environments to provide customers with an organic, tailored intelligence, surveillance, and reconnaissance (ISR) capability at the moment they need it.

“This signifies the versatility of Lockheed Martin’s unmanned systems to communicate seamlessly across domains to conduct a diverse set of missions in all environments. The capability is quickly reconfigured in the field,” said Schlosser. “In a short time, we enabled these systems to work together by rapidly changing sensor packages.”

In addition to its configuration versatility, Vector Hawk is capable of fully autonomous flight and landing, which enables operators’ to shift their focus from flying the aircraft to managing the mission.

The four-pound Vector Hawk can fly for 70-plus minutes, at line-of-sight ranges up to 15 kilometers.  Operators can recover and re-launch the Vector Hawk in a matter of minutes (including changing the system’s battery). Vector Hawk is built on an open architecture to enable rapid technology insertion and payload integration.

Also during the three-day event, Marlin surveyed a sunken barge with its 3D imaging sonar. Teams on the ground used that data to create a 3D printed model of the barge. Marlin can quickly generate accurate, hi-resolution, 3D, geo-referenced models, giving users a clear view of subsea structures.

Lockheed Martin is currently working on a re-configurable version of the collapsible wing Vector Hawk.  The Vector Hawk design is well suited to support a man packable all in one solution that includes: a fixed-wing aircraft for standard and long endurance missions; a collapsible fixed-wing aircraft that can be launched from a tube from land or water; a vertical takeoff and landing aircraft; and a tilt-rotor enabling VTOL with transition to forward flight.

Vector Hawk is capable of autonomous flight and landing, which shifts the operational focus from flying the aircraft to conducting the mission. The system also incorporates fail-safes to ensure it can safely return to the user or auto-land when situations such as loss of communications with the ground control station or low power occur. Vector Hawk is built with an open architecture to enable rapid technology and payload integration. 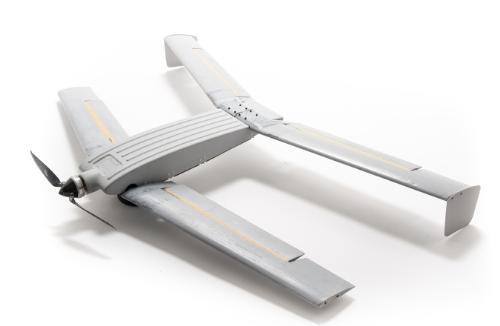 13 May 2014 – Designed for versatility and affordability, the new Lockheed Martin Vector Hawk addresses a broad set of unique missions and operating needs within a single system. With a gross takeoff weight of only four pounds and a vertical profile of only four inches, Vector Hawk boasts best-in-class payload capacity, speed and endurance.

“We are proud to deliver Vector Hawk, a waterproof system that provides leading edge multi-mission capabilities in all environments,” said Kevin Westfall, director of Unmanned Solutions at Lockheed Martin’s Mission Systems and Training business. “The Vector Hawk can be field reconfigured to multiple missions including fixed-wing, vertical takeoff and landing (VTOL), and tilt-rotor enabling VTOL with transition to fixed wing flight. Our fixed wing variants may be hand or tube launched, and VTOL and tilt-rotor variants may be launched from land or water surfaces.”