Ptero-G0 is a small unmanned air vehicle produced by AFM-Servers Ltd., Moscow.  The UAV is powered by a four-stroke FG-40 gasoline engine produced by Saito and can stay aloft for up to eight hours carrying a 2kg payload.  The drone is catapult launched and recovered by means of a parachute and inflatable landing cushion. Payloads include a Nikon D810 digital camera or thermal imager. 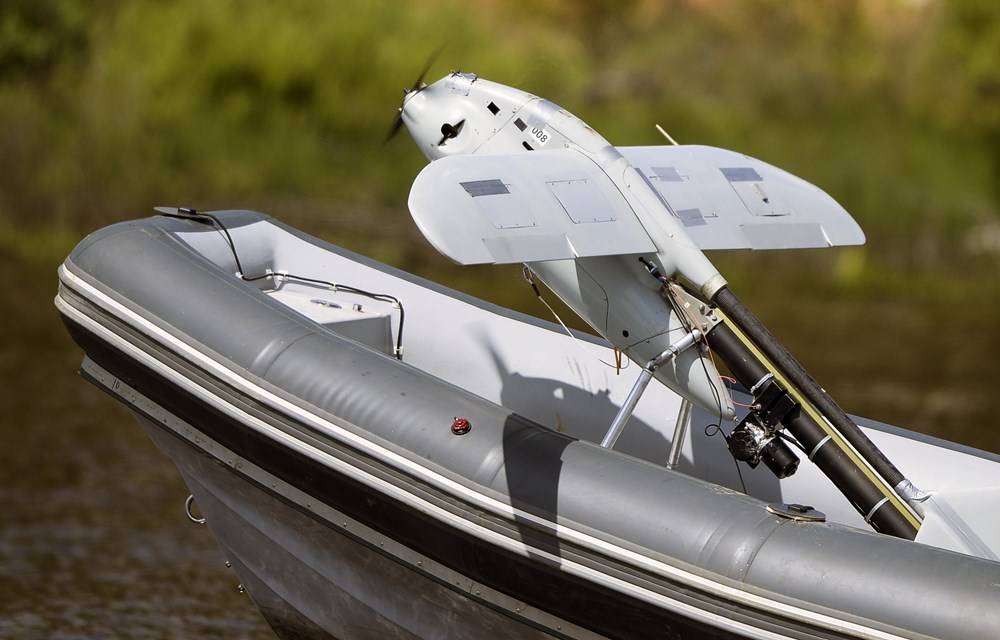 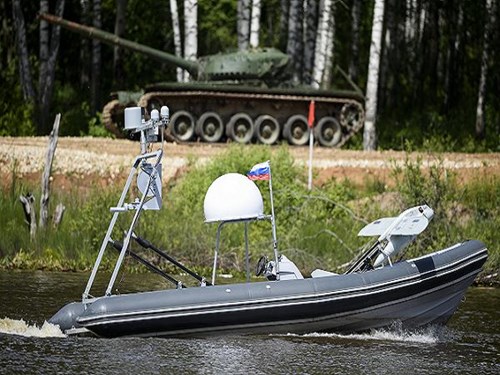 17 June 2015 - Russia's Kalashnikov Concern demonstrates the launch of a Ptero-G0 small unmanned air vehicle from a pneumatic catapult attached to a rigid hull inflatable boat.  The demonstration took place at the Army 2015 International Military Technical Forum in a lake on the Alabino military training grounds of Kubinka Air Base near Moscow.