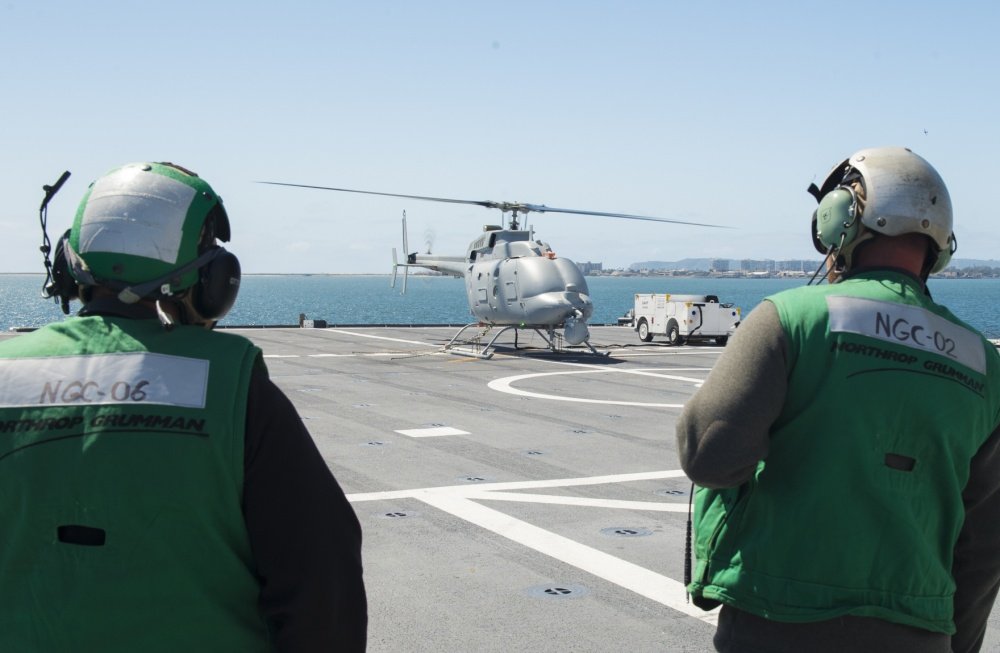 27 March 2017 - Northrop Grumman employees support MQ-8C ground turns and telemetry tests on board littoral combat ship USS Montgomery (LCS 8) while moored at Naval Base San Diego. This was the first test of the MQ-8C version of the Fire Scout on board an LCS. At see testing is planned later this spring. (U.S. Navy photo by Mass Communication Specialist 3rd Class Zachary Eshleman) 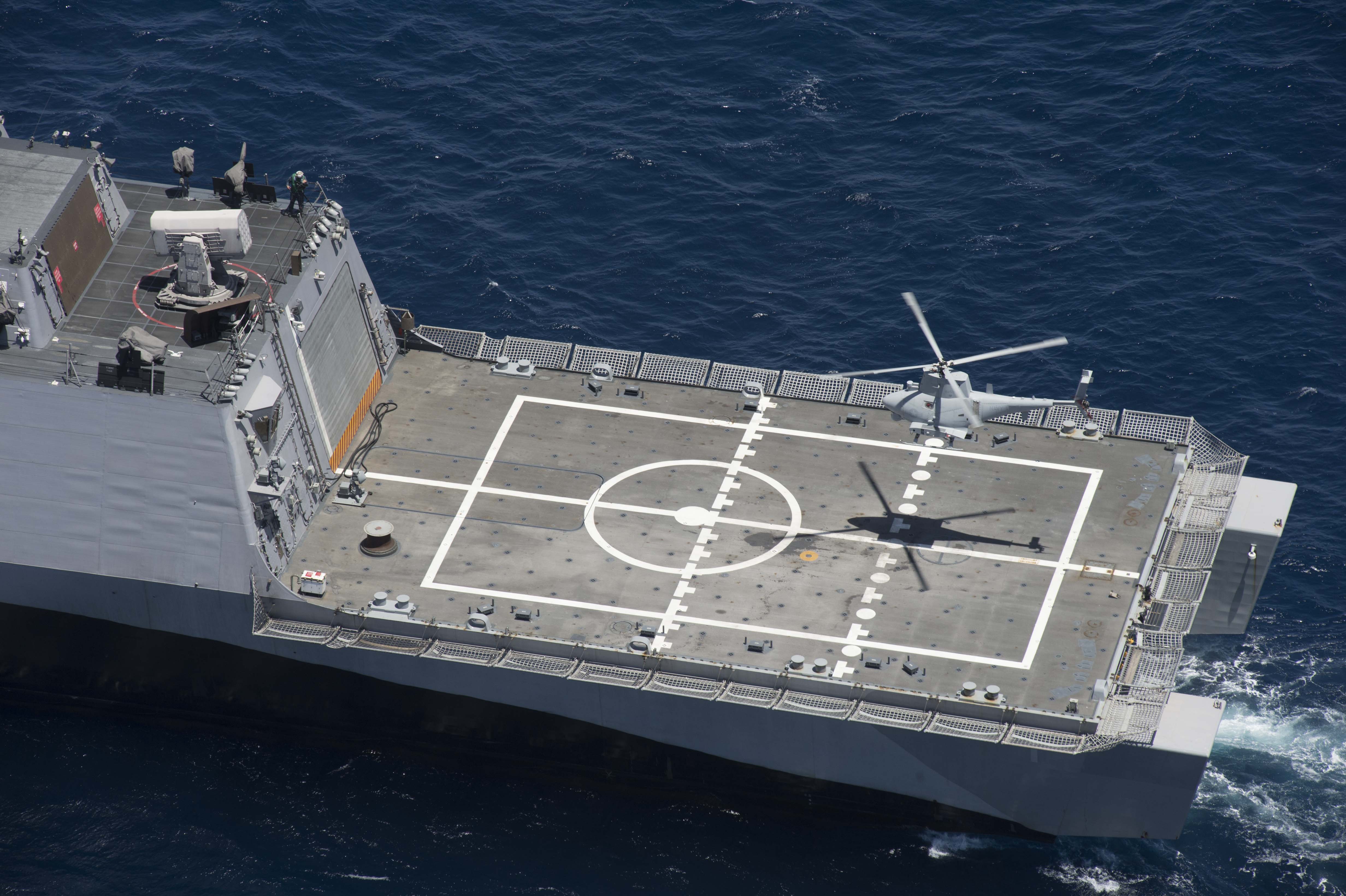 "Navy hardware and Raytheon's software are built with an open architecture, maximizing flexibility to add new technology as needed. Under a related effort, the Navy's Common Control System, or NCCS, will be able to control any air, ground, surface and subsurface vehicles as they deploy with the fleet.

"Fire Scout is a proven capability in dynamic littoral environments, and now provides the potential for multiple platforms to be controlled from a single MCS aboard the ship."

USS Coronado is the first Littoral Combat Ship to use this upgraded Fire Scout MCS operationally, after logging 600+ hours of testing.

LCS Fort Worth to Deploy with Fire Scout

17 September 2014 - USS Fort Worth (LCS 3) will embark the MQ-8B Fire Scout vertical take-off unmanned aerial vehicle during its 16-month Western Pacific forward deployment later this year.  The ship will base out of Singapore and be equipped with mine countermeasures (MCM) equipment.  Fort Worth previously conducted Fire Scout testing on the Point Mugu Test Range November 5-13, 2013.  The ship uses a UCARS (UAV Common Automated Recovery System) to autonomously land the drone.

12 May 2014 - An MQ-8B Fire Scout assigned to HSM-35 supports Visit, Board, Search, and Seizure training from USS Freedom (LCS-1) while operating in the Pacific Ocean off Southern California.

The support containers for the AQS-20 Minehunting Sonar System and the Remote Minehunting System (RMS) for mission package two were selected for the initial MPAIIS demonstration. Using passive radio frequency identification (pRFID) tags, more than 500 unique items were successfully inventoried and entered into the MPAIIS database.

Following system demonstration, the NSWC PCD team also provided user training to MPSF personnel where a tester was able to conduct an inventory on the Q-20 support container in less than five minutes using MPAIIS for the first time, and with minimal training.

"I appreciate the effort Panama City provided in proving out the concept for Mission Module tools and parts tracking," said Andrew Payor, the principle assistant program manager for LCS West Coast Operations (PEO LCS PMS 505). "As we work to fully implement this capability for LCS the improvements to inventory accuracy and reduction in the time to conduct inventories will have a positive impact on our support of the LCS Fleet."

During the training, the system and documentation was validated as operational and MPSF took ownership of MPAIIS on Sept. 25 to continue further system assessment.