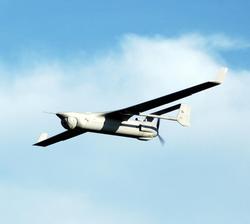 In 2010, the aircraft won the Department of the Navy's STUAS contract and the Navy and Marine Corps will purchase a total of 36 systems, each with five aircraft. The Integrator will conduct persistent maritime and land-based tactical Reconnaissance, Surveillance, and Target Acquisition (RSTA) missions ashore and afloat.  The Dutch Navy has also purchased five systems

Integrator began shipboard testing in early 2013 ahead of a decision to move into low-rate initial production (LRIP).  However, during the Navy’s Fiscal Year 2014 budget request briefing on April 10, 2013, Rear Admiral Joseph Mulloy said the STUAS would be “truncated” into a “Marine Corps program moving on Navy ships.”  The Marine Corps has nick-named the RQ-21 "Blackjack."

In November 2013, the Navy awarded an $8.8 million contract to Boeing Insitu Inc. for one low-rate-initial-production Blackjack system, to include air vehicles, ground control stations, launch and recovery equipment, and air vehicle support equipment.﻿ 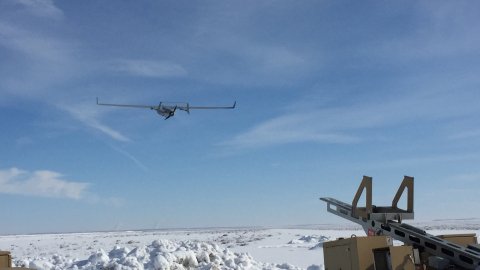 15 February 2017 - Logos Technologies and Insitu, a subsidiary of The Boeing Company, are proud to announce the successful initial flight test of the Redkite wide-area sensor aboard the Integrator small tactical unmanned aircraft.

Conducted early this month in Boardman, Ore., the test marks the first time a wide-area motion imagery (WAMI) system has been carried in the internal payload bay of a small UAS.

“In the past, we’ve mounted podded versions of our lightweight WAMI systems to rotary- and fixed-wing aircraft,” says John Marion, president of Logos Technologies. “Now, thanks to further reductions in weight, we can easily fit a Redkite inside a tactical unmanned platform, as demonstrated with our recent flights on the Insitu Integrator.” 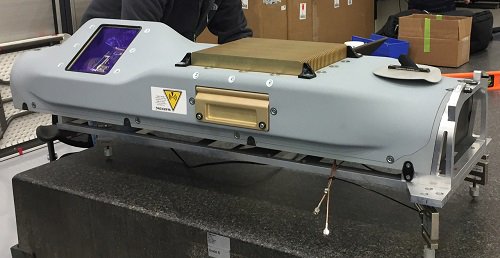 Despite its compact form, Redkite can image a city-sized area (over 12 square kilometers) all at once—detecting, tracking and recording all significant movers within the scene. It also stores up to eight hours of this geo-tagged mission data on onboard solid state drives (SSDs).

While the WAMI sensor is flying, multiple users on the ground can select real-time and/or historical video feeds within its expansive coverage area and view them on desktop screens, tablets and other mobile devices. Redkite can transmit up to 10 unique views to hundreds of users at one time.

“Insitu is pleased to collaborate with Logos to provide yet another way for our customers to get the critical information they need,” said Pete Kunz, chief technology officer for Insitu. “Integrator with Redkite enables an even broader set of missions to aid the warfighter in a complex operational environment.”

In addition, the new sensor weight (under 30lbs) means that Redkite can potentially be integrated with even smaller unmanned aircraft in the future, notes Marion.

Logos Technologies will be unveiling a full-size model of the new internal payload version of Redkite at the International Defence Exhibition and Conference (IDEX) 2017, held February 19-23 in Abu Dhabi, in the United Arab Emirates.

VMU-1 received the new aircraft in June and the Marines are excited about the advanced capabilities it brings over the RQ-7 Shadow the unit previously used.

“The Blackjack is runway independent, expeditionary, modular and a lot quieter than the Shadow,” said Cpl. Preston Martin, a UAS maintainer with VMU-1.

“The Blackjack is faster to set up and tear down,” said Cody Cavender, a maintenance instructor with Insitu. “It comes loaded with payload packages, it has a longer endurance, and the training out here is going great.” 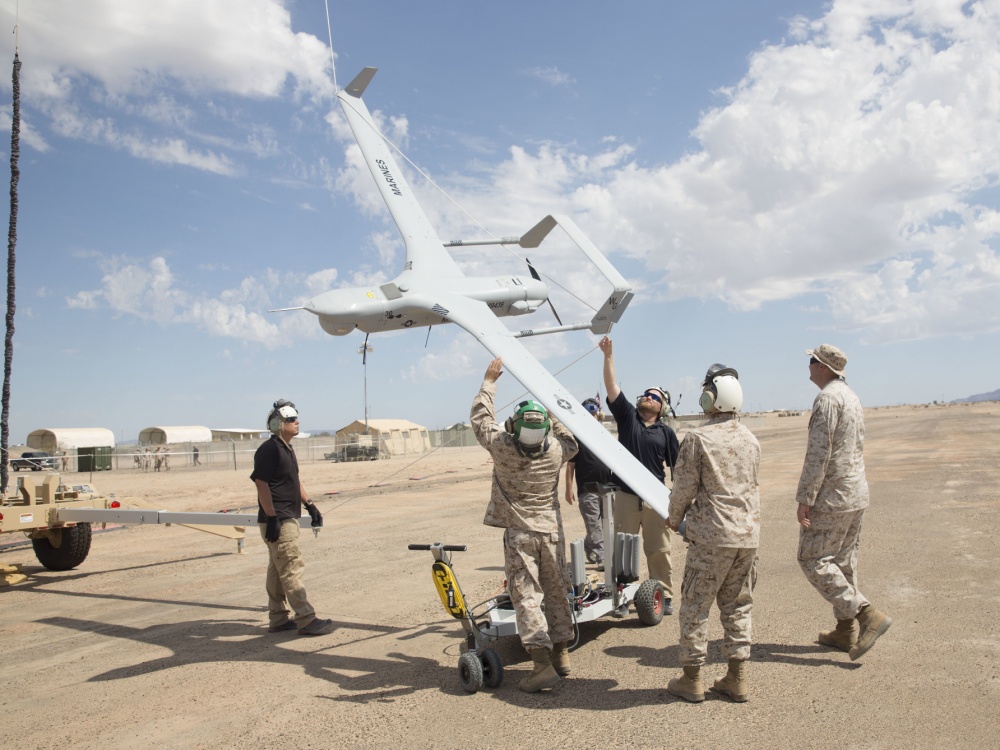 16 August 16 - Marines with Marine Unmanned Aerial Vehicle Squadron (VMU) 1 recover their new RQ-21A Blackjack Unmanned Aerial System after its flight aboard Cannon Air Defense Complex in Yuma, Ariz., Aug. 16. VMU-1 received their new Blackjack’s in June and conducted training to increase their proficiency with the new aircraft before they deploy with the 15th Marine Expeditionary Unit next year. The new aircraft is runway independent and leaves a significantly smaller footprint than their previous UAS. (U.S. Marine Corps photo by Sgt. Brytani Wheeler)

The Small Tactical Unmanned Aerial System Launching equipment and the STUAS Recovery System require a significantly smaller space to store and set up for operations, explained Capt. Garon Taylor-Tyree, director of safety and standardization for VMU-1 and will be the detachment officer-in-charge for the 15th Marine Expeditionary Unit.

“The fact that our footprint has decreased substantially is the first benefit,” said Taylor-Tyree. “The second is that we don’t require a runway to operate the RQ-21.”

VMU-1 is slated to deploy in summer 2017 in support of the 15th MEU with the new RQ-21A Blackjack UAS which will primarily bring the unit Intelligence Surveillance Reconnaissance.

“The capability of the new aircraft will bring organic ISR to the MEU that is persistent and easy to manage,” said Taylor-Tyree.

“We’ll be able to distribute that [ISR] feed to other ships, or if satellite capabilities allow, back to the states to various units,” continued Taylor-Tyree. “This means that we can provide persistent ISR organic to the MEU instead of having to request it from sister services.”

The deployment with the 15th MEU will be the first chance for the Marines of VMU-1 to showcase their proficiency with their new equipment.

“We’re excited about the challenge of meeting the requirements of the first west coast MEU,” said Taylor-Tyree. “But we’re up for the challenge. It’s going to take a lot of training to make it work but we’ve received a lot of support from the [Marine Aircraft Group] and the 3rd [Marine Aircraft Wing] to make that all possible.” 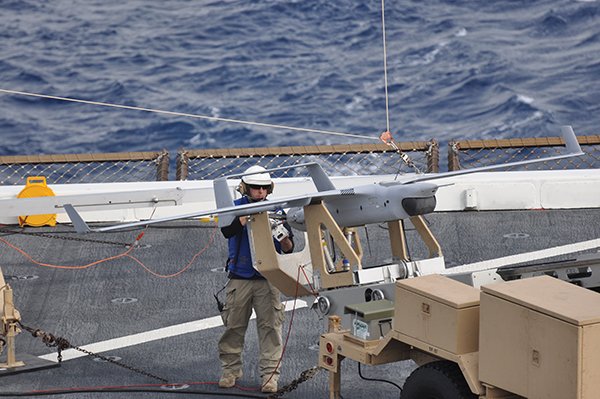 Work will be completed in Washington state by October 2017.

According to the award announcement, this contract provides for the procurement of the air vehicles, ground control stations, launch and recovery equipment, spares, and system engineering and program management. The work is expected to be completed by September 2016, with seventy percent performed in Bingen, Washington, and thirty percent in Hood River, Oregon.

This award provides for acquisition of the air vehicles, ground control stations, launch and recovery equipment, initial spares, system engineering, and program management services. Work will be performed in Bingen, Washington and is expected to be completed in January 2016.

The flight demonstrated Integrator's expanded endurance at an increased gross take-off weight with payload on board. The event is the first of several planned milestones for the platform aimed toward continuously increasing payload capacity and endurance for future missions.

'Today's flight is just the beginning,” said Insitu Chief Engineer Peter Kunz. “We designed Integrator with growth in mind; high fuel capacity, large dedicated payload volumes and an aerodynamically and structurally efficient airframe have all been carefully implemented to allow the platform to change and adjust to our customers' priorities.”

Integrator is a modular and flexible solution for both land and maritime operations, consisting of six payload spaces that can be customized with cameras, communication capabilities and a broad array of other payloads. The platform is also the basis for the RQ021A Blackjack, developed by Insitu under the United States Navy and United States Marine Corps program of record.

“Receiving the first production-level Blackjack is a great accomplishment for our government and industry team,” said Col. James Rector, program manager for the Navy and Marine Corps STUAS program office, who oversees the RQ-21A program. “It is a very capable system that will meet the needs of our warfighters deployed on land or at sea with our Marine expeditionary units.”

Air Test and Evaluation Squadron (VX) 1 is conducting ground and shipboard testing on Blackjack for the next several months. After completing IOT&E, the government and Insitu team will transition the system to Marine Unmanned Aerial Vehicle Squadron (VMU) 2, located at Marine Corps Air Station Cherry Point, N.C. for operational use.  A second LRIP lot, consisting of one system, is scheduled for delivery in the spring.

Lt. Col. Anthony Bolden, commanding officer for VMU-2, said the myriad of capabilities that come with the introduction of Blackjack will provide the Marine Air-Ground Task Force (MAGTF) with a platform that has the payload and persistence to significantly enhance situational awareness.

“RQ-21A brings a new level of flexibility and expeditionary capability not present in any UAS to date,” Bolden said. “As a result, having and operating the Blackjack will posture the Marine UAV squadrons at the forefront of MAGTF operations.”

12 January 2014 - According to the Japan Times, the Japanese Maritime Self Defense Force is considering the purchase of up to 19 RQ-21A Insitu unmanned air vehicles over the next five years.  The aircraft would launch from destroyers to bolster the JMSDF's monitoring capability in the East China Sea.  The JMSDF has also made investments to research the equipment needed to operate UAVs at sea.

21 May 13 - The Department of the Navy announced May 15 that the RQ-21A Small Tactical Unmanned Aircraft System (STUAS) received Milestone C approval authorizing the start of low rate initial production.

With MS C approval, the RQ-21A program, managed by the Navy and Marine Corps STUAS program office (PMA-263) here at NAS Patuxent River, enters the production and deployment phase of the acquisition timeline, according to the PMA-263 Program Manager Col. Jim Rector.

“This milestone allows us to provide our warfighter with a unique capability – an organic UAS capable of operations from both land and sea,” said Rector.  “The RQ-21A will provide persistent maritime and land-based tactical Reconnaissance, Surveillance, and Target Acquisition data collection and dissemination capabilities.”

Concurrently, Marines are flying an Early Operational Capability (EOC) system at Twenty Nine Palms, Calif. for pre-deployment preparation. Lessons learned from EOC will be applied to operational missions in theater.

The aircraft is based on Insitu’s Scan Eagle UAS, which has flown more than 245,000 hours in support of Navy and Marine Corps forward deployed forces via a services contract. The RQ-21A system has a 25 pound payload capacity, ground control system, catapult launcher and unique recovery system, known as Skyhook, allowing the aircraft to recover without a runway.

“The expeditionary nature of the RQ-21A makes it possible to deploy a multi-intelligence capable UAS with minimal footprint, ideal for amphibious operations such as a Marine Expeditionary Unit conducts,” Rector said. “The RQ-21A can be operated aboard ship, and then rapidly transported ashore as either a complete system or just a “spoke”, or control center, making this system ideally suited for humanitarian or combat operations, where getting real-time intelligence to the on-scene commander is crucial.”

The DoN plans to purchase a total of 36 STUAS systems, each with five aircraft.  Initial Operational Capability is scheduled for second quarter fiscal year 2014. 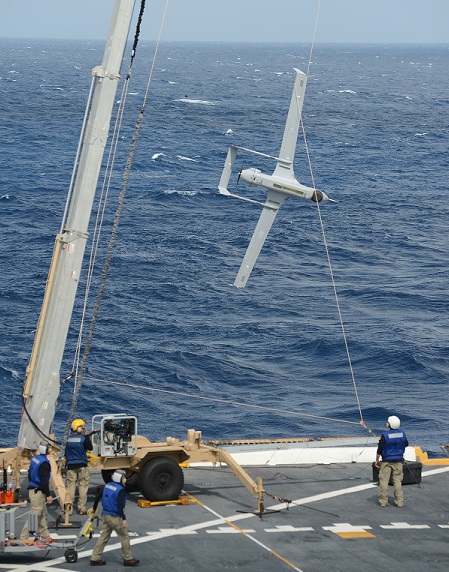