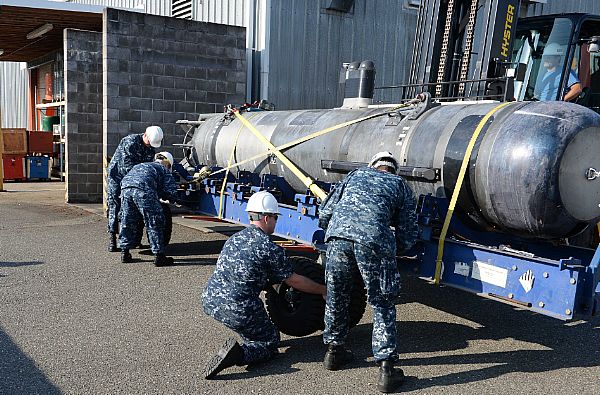 In August 2014, the vehicle was delivered to Naval Undersea Warfare Center Keyport, Washington to be employed by Commander, Submarine Development Squadron FIVE, Detachment UUV for capabilities testing and proficiency training in preparation for the delivery of future large diameter UUVs.

The 27 foot-long vehicle can operate at depths of up to 1,000 meters for 72 hours and is designed to carry both sensors and weapons.