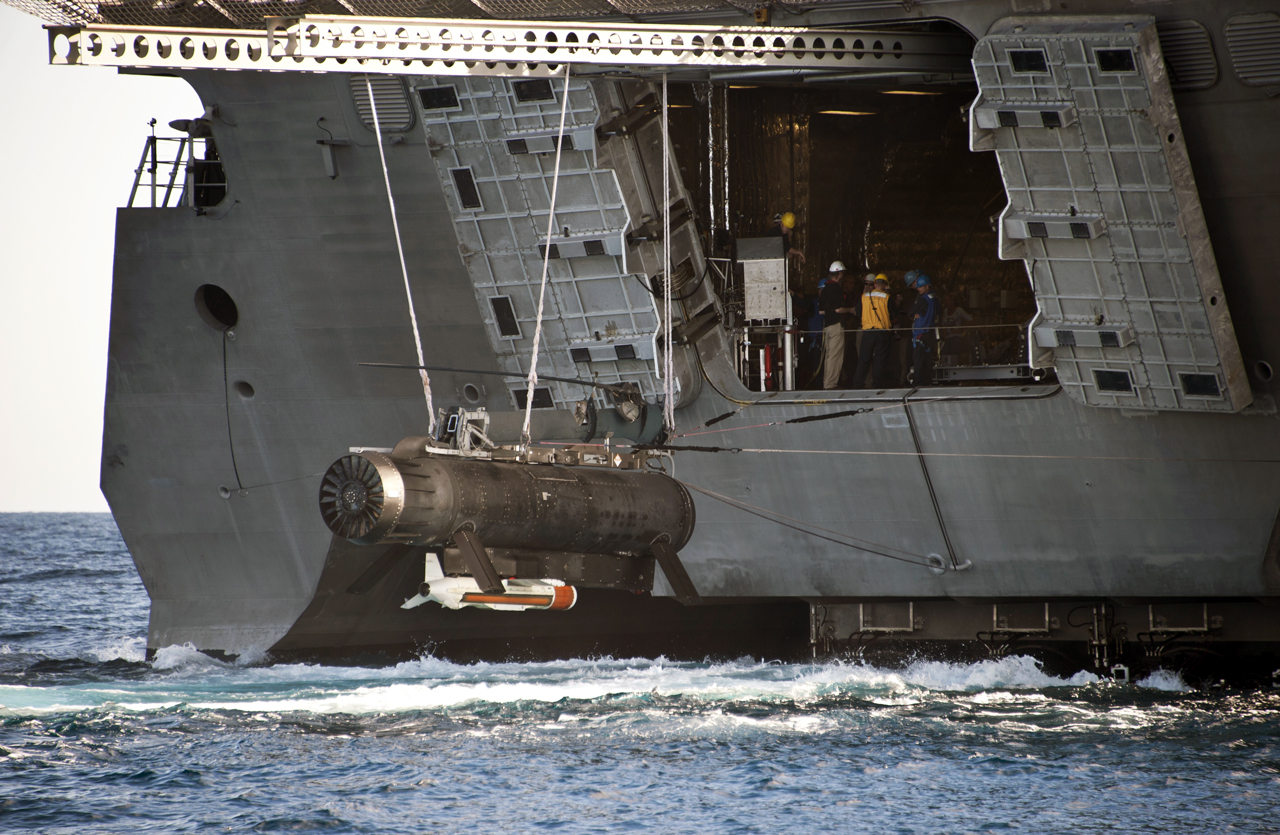 Lockheed Martin's AN/WLD-1 RMS is a key component of the Littoral Combat Ship's mine countermeasures package. The system consists of a 7 meter semisubmersible autonomous Remote Multi-Mission Vehicle (RMMV) which tows the AQS-20A Variable Depth sensor. The RMS has sometimes been referred to as a "snorkeler class" unmanned surface vessel due to the snorkel required above surface for the system's diesel engine operation. The RMMV can be pre-programmed to perform autonomously or be manually controlled via line of site or over-the-horizon data link.

The system remained in pre-operational testing and conducted a Milestone-C Review in Fiscal Year 2014.

In March 2016, the Navy officially cancelled the program, yet the 10 remaining vehicles would still be updated and eventually compete against the CUSV.

The bill cuts an additional $55.8 million from the Littoral Combat Ship's Mine Countermeasure Mission Modules due to unsatisfactory operational testing.  USS Independence (LCS-2) is operating in the Gulf of Mexico through June conducting Mine Countermeasures Mission package technical evaluations.  Beginning in July,  Independence will conduct operational test and evaluation (IOT&E), followed by a declaration of initial operational capability (IOC) at the end of the summer.

3 March 2014 - Raytheon Company has been awarded $35.5 million to provide the U.S. Navy with AN/AQS-20A minehunting sonar systems and equipment. The system leverages advanced sonar technologies to support the Navy's critical minehunting missions, ensuring safe access and passage for military and civilian vessels on the world's oceans and waterways.Deployed from the Littoral Combat Ship (LCS) as the variable depth sonar for the AN/WLD-1 Remote Minehunting System (RMS), the AN/AQS-20A system is towed undersea to scan the water in front, below and to the sides of the vehicle for anti-shipping mines.

"An essential component of LCS, AN/AQS-20A advances the capability of the ship's mine countermeasure arsenal," said Kevin Peppe, vice president of Seapower Capability Systems for Raytheon's Integrated Defense Systems business. "Enhanced to optimize detection – in both range and accuracy, AN/AQS-20A provides the Navy with the advantage they need to safely detect and effectively identify these undersea threats." This contract includes options which, if exercised, would bring the cumulative value of this contract to $199,692,601. The majority of the work will be performed at Raytheon's Portsmouth, R.I. facility with support and contributions from other Raytheon business areas as well as a host of large and small business supplier partners.

20 June 2013 - The Navy successfully concluded the second and final phase of reliability testing of the littoral combat ship (LCS) remote minehunting system (RMS) off the coast of Palm Beach, Fla., enabling the service to progress toward developmental testing.

The system completed more than 850 hours of testing during 47 missions over a four-month period.

"I am extremely pleased with the outcome of this event," said Rear Adm. James Murdoch, program executive officer for littoral combat ships. "It gives us great confidence as we prepare for the next phases of RMS and LCS mine countermeasures mission package testing."

The tests, conducted at the Lockheed Martin facilities at Riviera Beach, Fla., included participation by sailors from the Littoral Combat Ship Squadron Mine Countermeasures Detachment who assisted with both mission operations and vehicle maintenance, and engineers from the Naval Surface Warfare Center Panama City Division, who supported all aspects of the testing. The tests validated reliability improvements made to the RMMV design in this increment and demonstrated the required reliability necessary to meet program requirements.

"Initial analysis of the data indicates that we have met or exceeded the reliability growth program objectives and are ready to proceed to the developmental test phase, which is scheduled to commence in the fourth quarter of fiscal year 2013," said Steve Lose, remote minehunting system program manager.