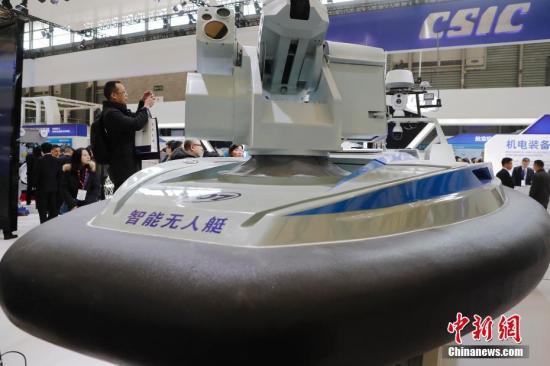 The Tianxiang One is a 6.5 meter long, carbon fiber hulled unmanned surface vehicle produced by Shenyang Shin Kong Corporation, a susidiary of China Aviation Science and Industry Corporation. Tianxiang can be operated autonomously or with a ground-based operator. The vessel is designed for meteorological survey and conducted those operations in support of the sailing competition for the 2008 Olympic Games in Beijing.

A larger version of the Tianxing-1 was revealed in late 2017  at the fifth China Marine Economy Expo in Zhanjiang and at the All China Maritime Conference and Exhibition (Marintec China) in Shanghai. The 12.5 meter version has a claimed top speed of more than 50 knots (92.6 kilometers per hour). The USV can be used in maritime law enforcement and as an addition to navy manpower. It also can be used in dangerous situations,” said Huang Zhuo of HiSiBi Boats Company.