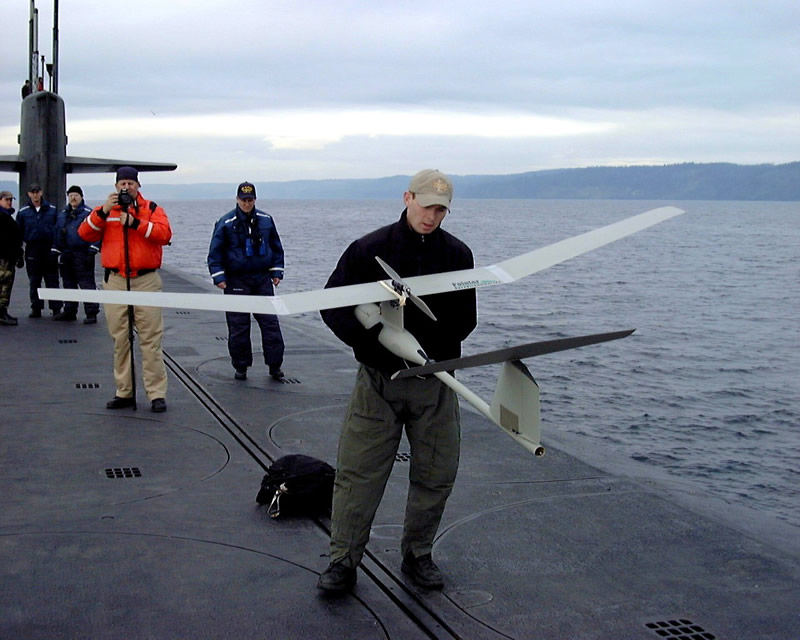 Unmanned underwater vehicles (UUVs) will be launched via a dry deck shelter attached to the SSGN or from the Universal Launch and Recovery Module. An unmanned air vehicle named Buster was launched from USS FLORIDA (SSGN-728) and the ﻿Pointer﻿ UAS (pictured above) has also been flown off the deck of an SSGN.