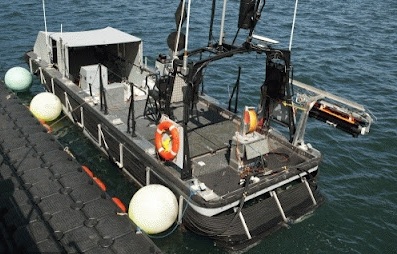 In May 2007, a consortium led by Atlas Elektronik UK with EDO Corporation and QinetiQ won a 4.3 million British Pound a contract from the the British Ministry of Defense for a Technology Readiness Demonstrator (TRD) programme to build the Flexible Agile Sweeping Technology (FAST).

FAST is a derivative of the Royal Navy's Logistic Support Boat (LSB-R) and can tow magnetic and acoustic minesweeping gear. The unmanned surface vessel began testing in 2009 and in 2011 FAST demonstrated the capability to perform as an unmanned mothership for the SeaFox mine disposal system. SeaFox can operate up to 1000 meters away from FAST and is connected to the USV with fiber-optic cable. The FAST transmits data from the SeaFox to a larger mothership. FAST is a component of the UK's integrated minecountermeasures (C-IMCMS) system, along with SeaFox and SeaOtter Mk II Autonomous Underwater Vehicle. 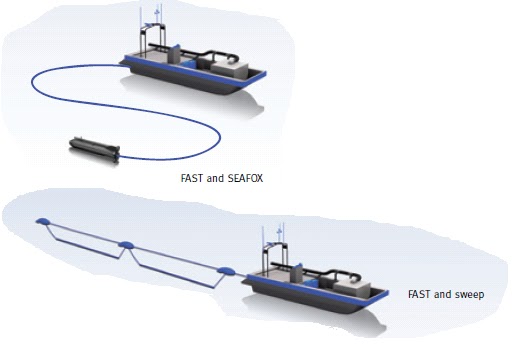