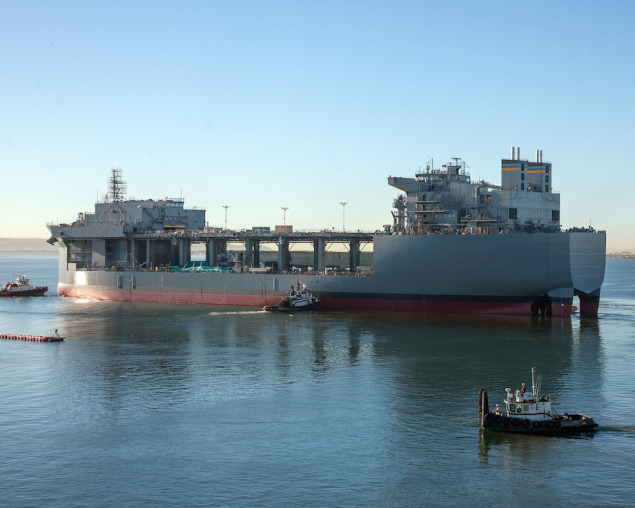 In June 2013, NASSCO was awarded $11.2 million for the detail design of Afloat Forward Staging Base (AFSB) modifications for the MLP program to support construction of the MLP-3 and MLP-4. These two ships are designed to support the Mine Counter Measures (MCM) and special operations support missions.

In addition to carrying numerous aviation and boat assets, the AFSB-variants will have magazines for a large number of Seafox unmanned mine neutralization vehicles.