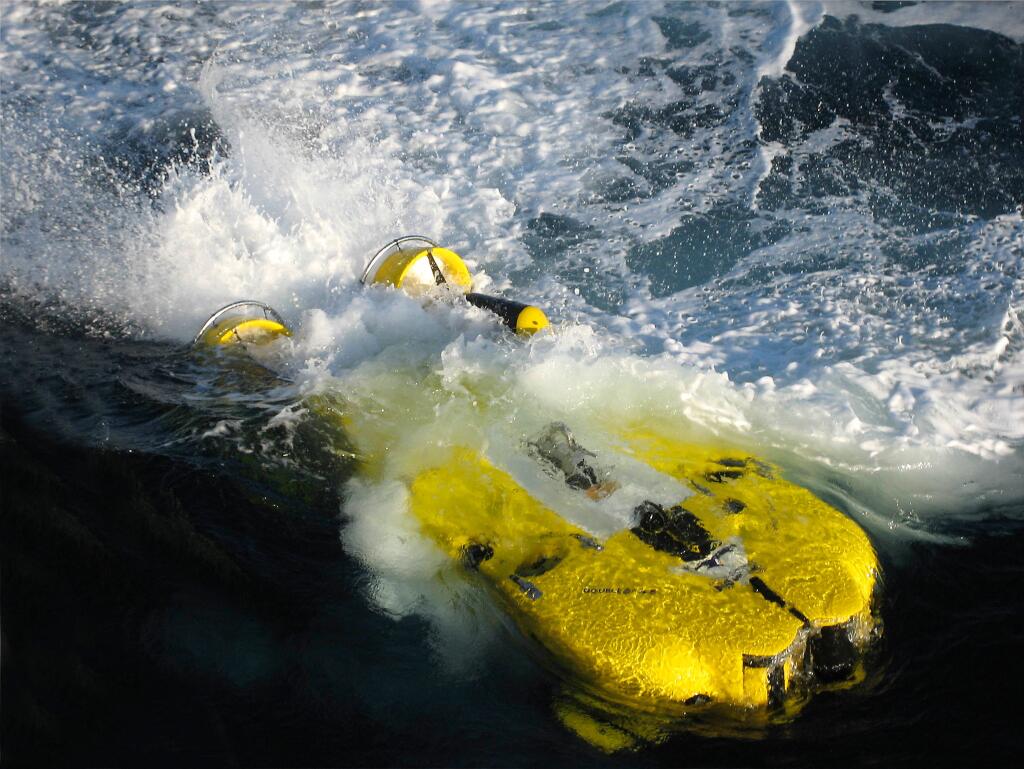 Double Eagle (DE) is a remotely operated vehicle developed by Saab for mine reconnaissance and mine disposal.  There are three variants of this modular, open architecture UUV in operation.

DE has been adapted for installation on craft of opportunities (COOP), where it is housed in a container.  The Double Eagle is in service in several navies including Denmark, Sweden, Finland, Australia, Netherlands, Belgium, and France.

10 June 2014 - Defense and security company Saab announces that the Polish Navy has chosen the Double Eagle system for the Kormoran II MCMV.

The Double Eagle is in service with several navies, in the Baltic Sea, in the North Sea and around the world as a state of the art, well proven, low risk and extremely efficient mine countermeasures (MCM) underwater vehicle

“This adds another Navy to our client list for the Double Eagle System” says Agneta Kammeby, Vice President and Head of Saab’s Business Unit Underwater Systems, “and shows that ROV’s stills forms the base for MCM in all modern Navies”.

Jason Howard, Head of Naval Segment CEE, Saab Market Area Europe and Greater Middle East, adds “this is further proof that Saab’s efforts to position itself in the Polish naval market are starting to bear fruit. It is our belief that this achievement will increase Saab’s chances to secure additional business in upcoming naval projects in Poland.”

The Double Eagle concept uses a modular approach to provide flexible systems for MCM and Maritime Security. It is aimed at providing a hydro dynamically stable, highly reliable system with exceptional performance and low life cycle cost. The Double Eagle, available in MkII, MkIII and Sarov versions, is used by navies around the world on many types of ships. It has also been adapted to the craft of opportunities (COOP) concept where the Double Eagle is integrated in a container that easily can be installed on almost any type of ship.

The design was from day one targeted on modular design and open architecture with the possibility to replace main system elements. This allows upgrades and reconfiguration, enabling use of new technology and changes in naval tactics/strategy as part of an evolutionary strategy. This has led to a system where core functionality and core subsystems have been reused in several products and configurations, all to provide system with extreme stability yet still highly manoeuvrable.

The new generation of Double Eagle is able to operate both as a battery powered AUV and a as a conventional tethered ROV. As a new feature the AUV will be able to find and by automatic dock with the tether while still in the water. This will enable download of collected data and recharge of batteries without any risky launch and recovery operations.