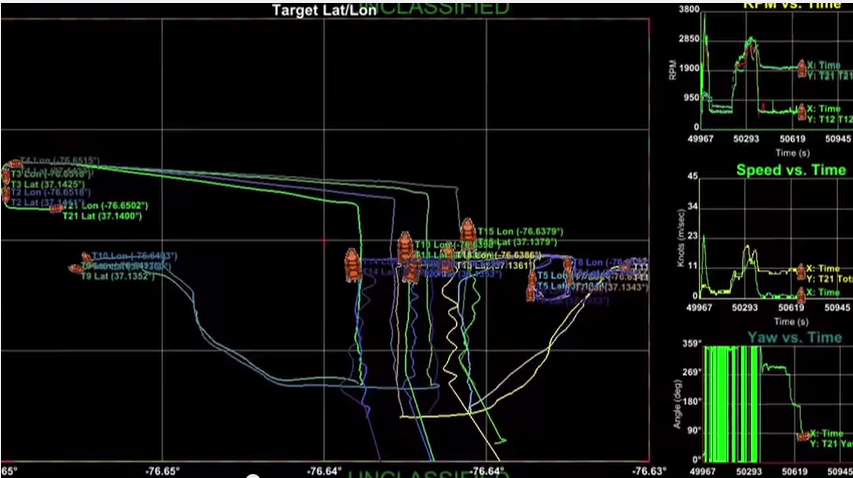 CARACaS (Control Architecture for Robotic Agent Command and Sensing) is a platform-agnostic system under development by the Office of Naval Research (ONR) that can be installed in a variety of small craft transforming them into autonomous unmanned surface vehicles (USVs). The system's software is based on technology from NASA's mars rovers.

CARACaS employs technology from Spatial Integrated Systems, Inc., which has supported previous USV programs for the U.S. Navy including Powervent.

In August 2014, as many as 13 various patrol craft were equipped with the CARACaS system to demonstrate a "swarm" escort of high value shipping in the James River.  The USVs were able to autonomously take station on the escorted vessel with no external inputs using a fused-radar picture. When ordered, the swarm would would break off escort to surround a contact of interest. 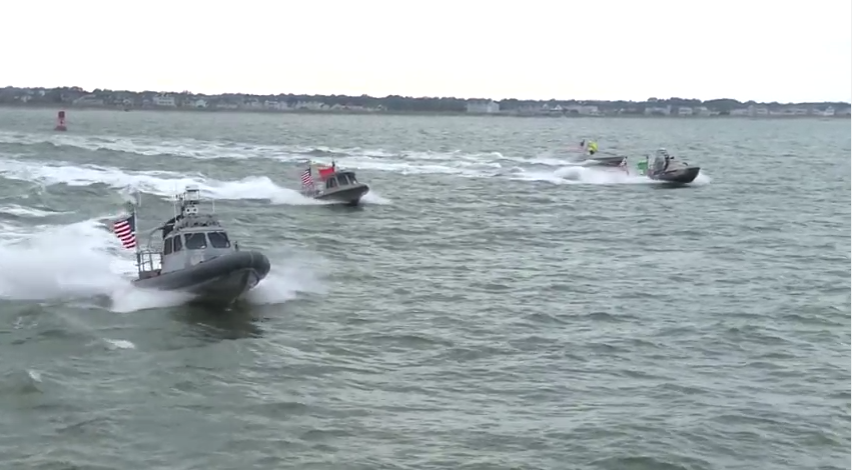 14 December 2016—Autonomous unmanned swarming boats were put through their paces in a recent demonstration in the lower Chesapeake Bay—with results that show dramatic new possibilities for autonomy in future naval missions.

Using a unique combination of software, radar and other sensors, officials from the Office of Naval Research (ONR)—together with partners from industry, academia and other government organizations—were able to get a “swarm” of rigid hull inflatable boats (RHIBs) and other small boats to collectively perform patrol missions autonomously, with only remote human supervision, rather than direct human operation, as they performed their missions.

“This demonstration showed some remarkable advances in autonomous capabilities,” said Cmdr. Luis Molina, military deputy for ONR’s Sea Warfare and Weapons Dept. “While previous work had focused on autonomous protection of high-value ships, this time we were focused on harbor approach defense.”

The autonomy technology being developed by ONR is called Control Architecture for Robotic Agent Command and Sensing, or CARACaS. The components that make up CARACaS (some are commercial off-the-shelf) are inexpensive compared to the costs of maintaining manned vessels for some of the dull, dirty or dangerous tasks—all of which can be found in the work of harbor approach defense, experts say.

“The U.S. Navy knows our most important asset, without question, is our highly trained military personnel,” said Dr. Robert Brizzolara, the program officer at ONR who oversees the effort. “The autonomy technology we are developing for our Sailors and Marines is versatile enough that it will assist them in performing many different missions, and it will help keep them safer.”

In 2014, ONR completed the first major demonstration of CARACaS technology on the James River in Virginia. At that time, the transportable kit containing the autonomy package was installed on multiple RHIBs, allowing them to operate in sync with other unmanned vessels, swarming to intercept potential enemy ships and escorting naval assets.

The demonstration held this year in October built upon the lessons learned from that successful demo. Brizzolara says that substantial additional capability has been added to CARACaS since the 2014 demo, including the ability for multiple unmanned surface vehicles (USVs) to collaborate on task allocation; the development of additional USV behaviors and tactics; and advances in automated vessel classification from imagery.

Naval leadership in recent years has emphasized a blended future force, leveraging the synergy of using manned and unmanned systems to complement each other while accomplishing missions. In the near future, unmanned boats can take on some dangerous missions, thereby protecting the warfighter, and they can do that in great numbers at a fraction of the cost of a single manned warship. Furthermore, these small boats are already in the Navy’s inventory (as manned craft) and can quickly and inexpensively be converted to an autonomous boat via the installation of a CARACaS kit.