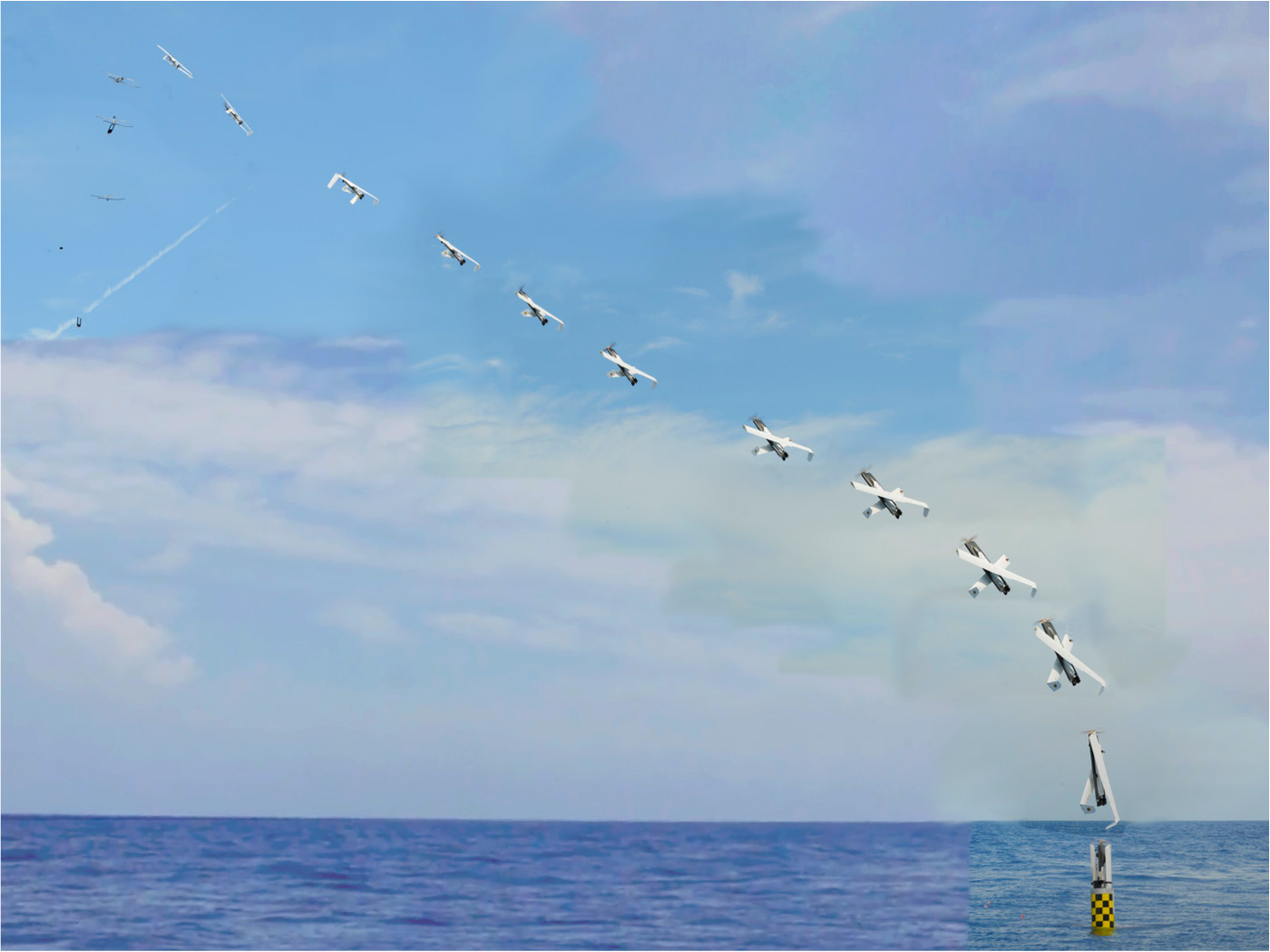 The eXperimental Fuel Cell Unmanned Aerial System (XFC UAS) was developed by the U.S. Naval Research Laboratory (NRL) with funding from SwampWorks at the Office of Naval Research (ONR) and the Department of Defense Rapid Reaction Technology Office (DoD/RRTO) in order to demonstrate the launch of an all-electric, fuel cell-powered, unmanned aerial system (UAS) from a submerged submarine.

XFC is a folding wing, expendable UAS that has a small footprint with a standard lightweight rail launcher. The non-hybridized fuel cell power plant was developed with NRL partner Protonex Technology Corporation (Southborough, Mass.).  XFC supports this fully autonomous aircraft and an electro-optical/infrared payload for a flight endurance that enables relatively low cost, low altitude, ISR missions of up to seven-plus hours in its current configuration. In its final form, the XFC will be capable of self-launching from a folded configuration with loiter speed of 30 knots and a dash speed of 52 knots.  In June 2009, XFC flew for more than six hours. 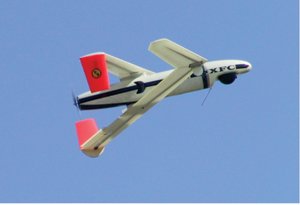 NRL announced the first submarine launch of XFC on 5 December 2013.

Once deployed from the TLC, the Sea Robin launch vehicle with integrated XFC rose to the ocean surface where it appeared as a spar buoy. Upon command of Providence Commanding Officer, the XFC then vertically launched from Sea Robin and flew a successful several hour mission demonstrating live video capabilities streamed back to Providence, surface support vessels and Norfolk before landing at the Naval Sea Systems Command Atlantic Undersea Test and Evaluation Center (AUTEC), Andros, Bahamas.

"This six-year effort represents the best in collaboration of a Navy laboratory and industry to produce a technology that meets the needs of the special operations community," said Dr. Warren Schultz, program developer and manager, NRL. "The creativity and resourcefulness brought to this project by a unique team of scientists and engineers represents an unprecedented paradigm shift in UAV propulsion and launch systems."

The XFC is a fully autonomous, all electric fuel cell powered folding wing UAS with an endurance of greater than six hours. The non-hybridized power plant supports the propulsion system and payload for a flight endurance that enables relatively low cost, low altitude, ISR missions. The XFC UAS uses an electrically assisted take off system which lifts the plane vertically out of its container and therefore, enables a very small footprint launch such as from a pickup truck or small surface vessel.