The Unmanned Little Bird is a variant of Boeing's MD-500 series helicopter and is designed for ISR, unmanned precision resupply, and weapons delivery. The aircraft performed 14 autonomous takeoffs and landings during 20 hours of testing from a ship in the Gulf of Mexico during flight tests in July 2012. In the fall of 2012, an unmanned Little Bird completed sea trials with the French Navy. 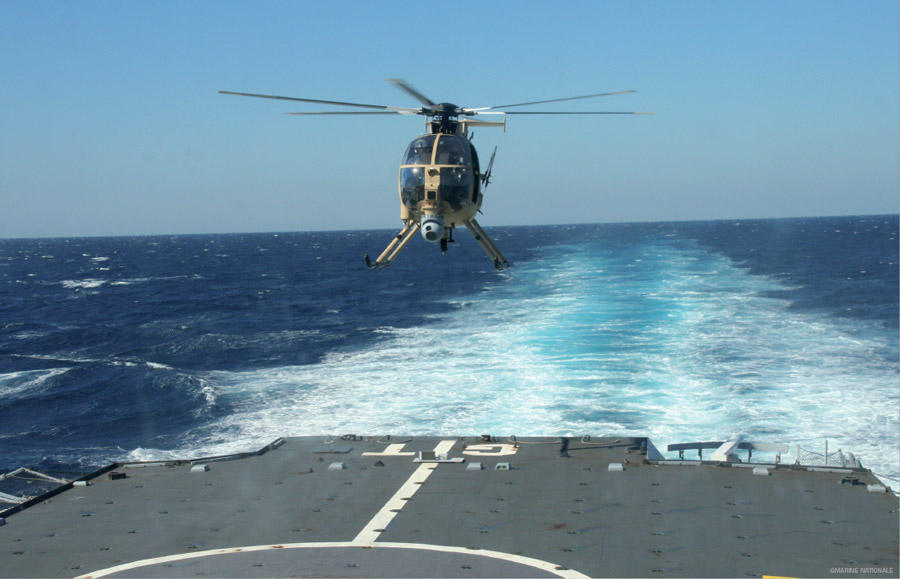 24 October 2012 - Thales and DCNS announced the successful completion of deck landing qualifications of Boeing's H-6U unmanned "Little Bird" helicopter for France's Defense Procurement Authority (DGA). The qualifications consisted of 30 take-offs and landings at sea off Toulon from September to 4 October onboard the frigate Guépratt. 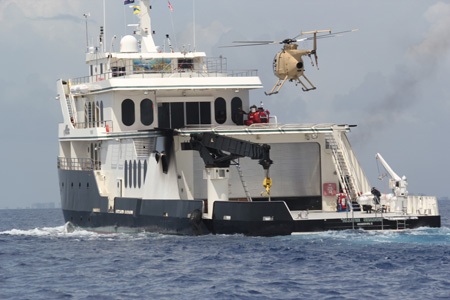 Video of 2011 ground trials with H-6U landing on a moving tractor trailer.