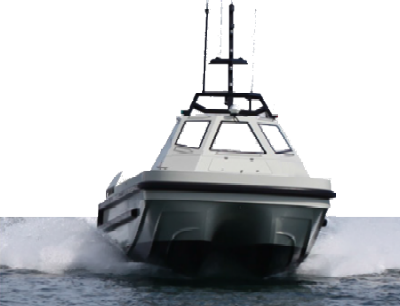 ARCIMS features a glass-reinforced plastic (GRP) tunnel hull craft made by ICE Marine which enables it to avoid detonating magnetic influence mines. The 6,000 kg vessel was designed to allow rapid transport by land, sea, or air.

ARCIMS carries a variety of payloads to include towed magnetic, acoustic, and electric sweeps.  The USV can perform modular minesweeping, hunting and disposal against all types of mines.

On 6 March 2015, Atlas Electronik UK was awarded a two phase contract by MoD's Defence Equipment and Support (DE&S) organisation with a total value of over £28 million to deliver a prototype sweep system. 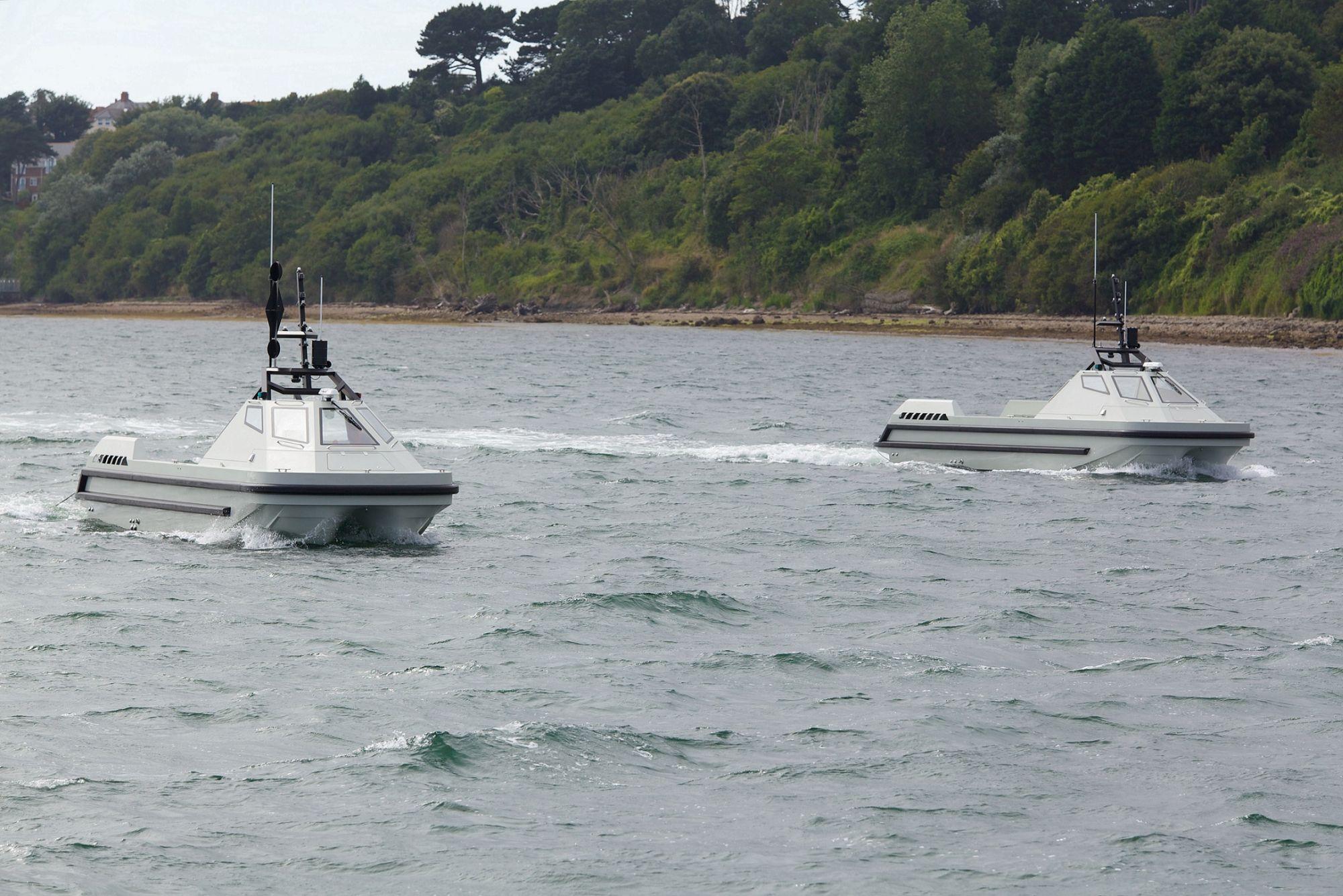 The unmanned mine hunting element of Unmanned Warrior will feature Northrop Grumman`s AQS-24B towed mine hunting sensor operated from an Atlas Elektronik UK ARCIMS Unmanned Surface Vessel (USV). The AQS-24B, which is a towed mine hunting sensor used by the U.S. Navy, features the world`s only high speed synthetic aperture sonar for mine detection, localisation and classification, and an optical laser line scan sensor for mine identification. The ARCIMS USV is a surface craft 11 metres long that will be operated via remote control while towing the AQS-24B through a simulated mine field. 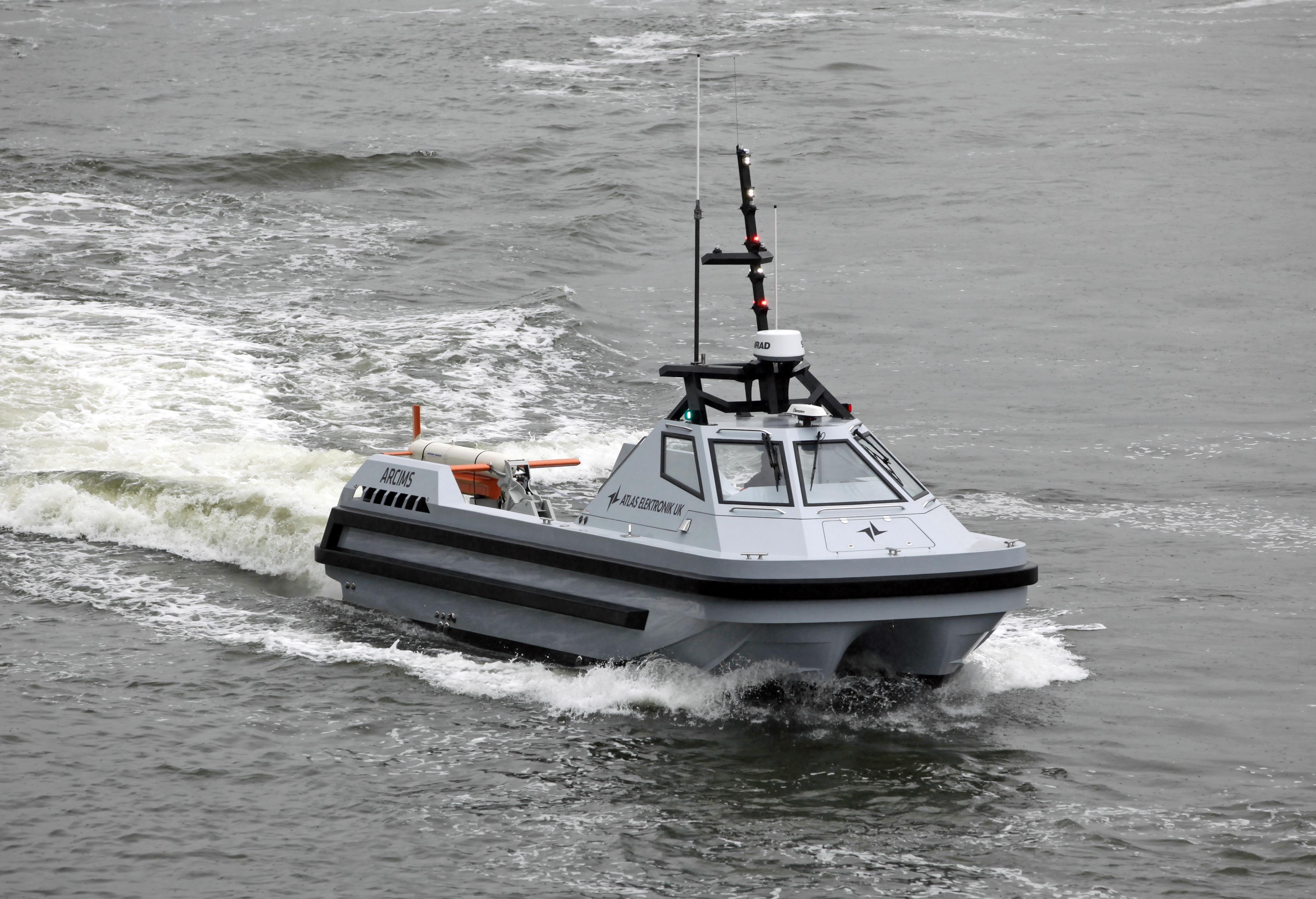 "Securing access and situational awareness in the maritime environment has become increasingly important for many nations," said Andrew Tyler, chief executive, Northrop Grumman Europe. "We look forward to participating in Unmanned Warrior and demonstrating how innovative, state of the art U.K. and U.S. technologies can come together to advance unmanned military capabilities that can potentially benefit both navies as well as those of our allies."

Unmanned Warrior, which takes place at Ministry of Defence (MoD) exercise areas in Scotland and the Western Isles, is part of the biannual Joint Warrior exercise, and is the largest capability demonstration event of its kind. It will feature more than 40 unmanned vehicles, sensors and systems demonstrating, in a challenging environment, key military missions for the Royal Navy in a series of themed activities including mine-hunting, sea surveying, submarine simulation and fleet reconnaissance. The exercise will help inform the Royal Navy`s future capability planning and demonstrate how the systems being showcased deliver maritime situational awareness.

The demonstration of unmanned systems overlaid onto the Joint Warrior exercise scenario will create a challenging environment for the participants and allow the Royal Navy to see first-hand how the systems and sensors could integrate into current and future maritime operations.