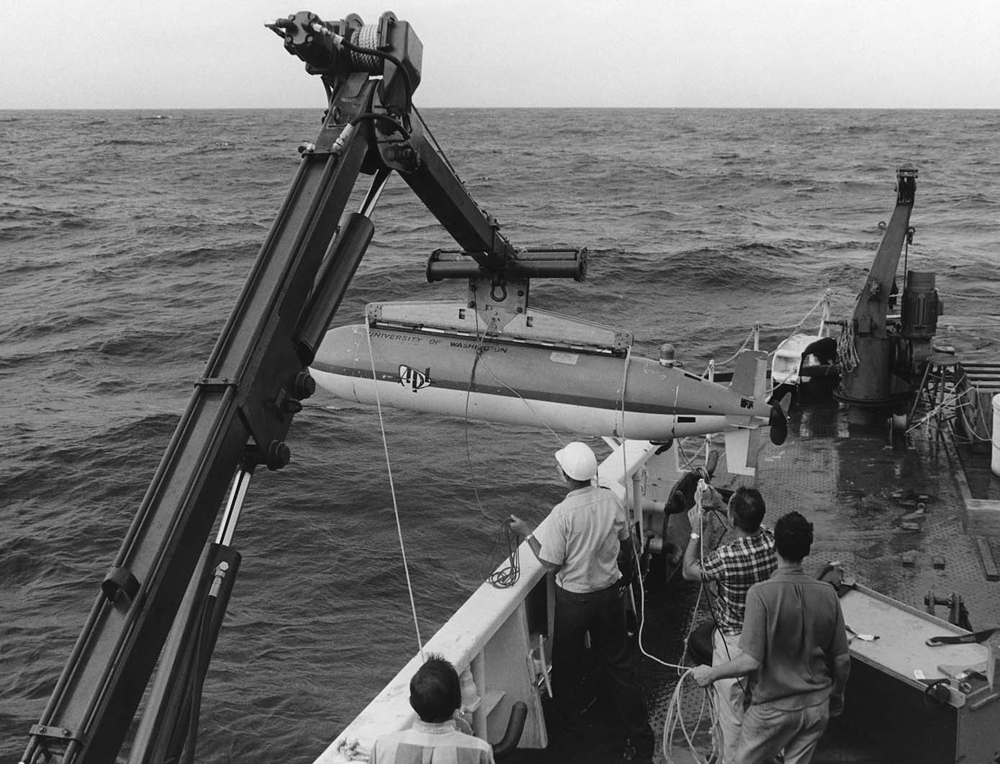 Photo Courtesy of University of Washington

The Special Purpose Underwater Research Vehicle (SPURV) was the U.S. Navy's earliest autonomous underwater vehicle (AUV).  It was developed in 1957 by the University of Washington's Applied Physics Laboratory and funded by the Office of Naval Research (ONR).  The AUV could dive up to 10,000 feet with an endurance of four hours. Sensors capable of temperature and conductivity measurements were used to support oceanographic research including diffusion studies, acoustic transmission, and submarine wakes.

A total of five SPURV vehicles served in the U.S. Navy operating until 1979. An improved SPURV II had a longer endurance and depth rating.