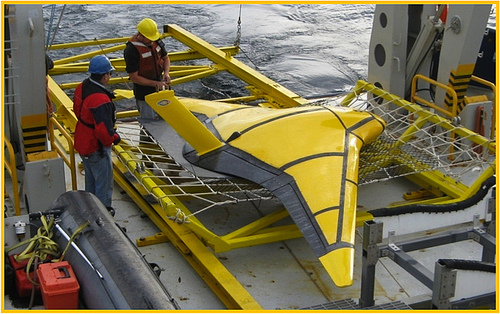 ZRay is an autonomous underwater vehicle funded by the Office of Naval Research and developed by a team from Scripps Institute of Oceanography,the Applied Physics Lab at the University of Washington, and the U.S. Navy's Space and Naval Warfare Systems Center Pacific. The 6 meter wide blended wing-body hullform glider was completed in 2010 and is based on the Liberdade class model developed by ONR since 2004. ZRay was preceded by a series of increasingly-capable AUV gliders including Stingray (2004), and XRay (2005).