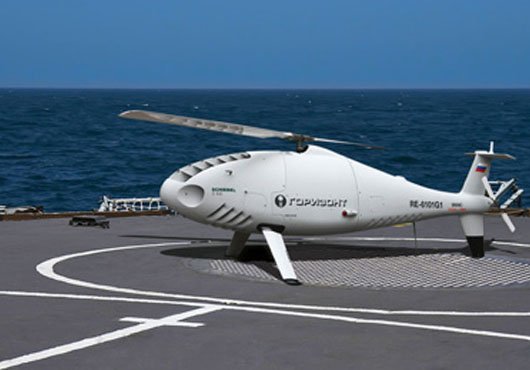 JSC Gorizont flight testing of S-100 produced under license for the Russian Coast Guard in 2011.

Russian industry has slowly begun to develop indigenous unmanned vehicles to add to some of the imported systems such as the S-100 depicted above. According to a January 2016 interview with Navy Deputy Commander-in-Chief, Vice-Admiral Alexander Fedotenkov, the Russian Navy is developing "drone" boats that will be based from ships and shore bases.  The country has developed a string of bases in Arctic regions from which to base patrol UAVs.