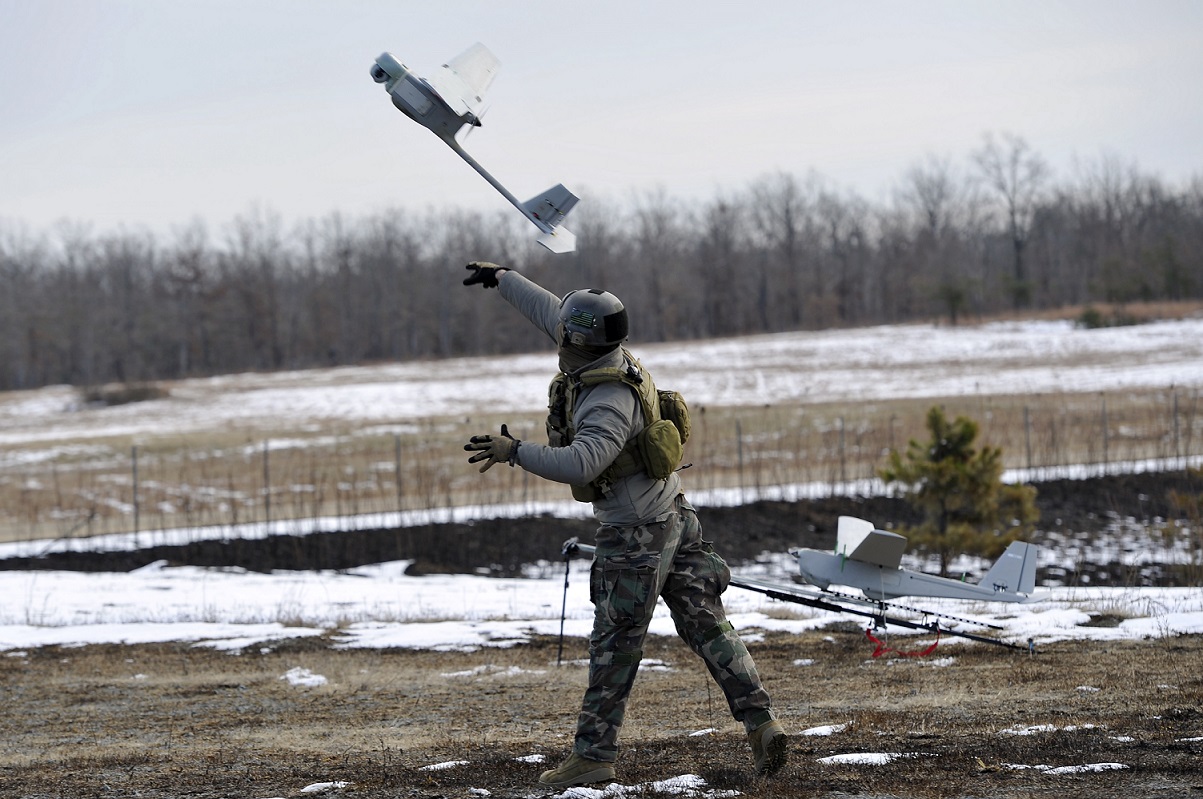 12 December 2013 - A Marine Corps Special Operations Command (MARSOC) small unmanned aircraft systems (SUAS) operator launches an RQ-11B Raven during a demonstration to senior combat leadership at Marine Corps Base Quantico, Va. The demo exhibited the advanced capabilities of the SUAS family of systems to include the Raven, as well as RQ-20A Puma (pictured in background) and RQ-12A Wasp IV. (U.S. Navy photo)

The RQ-11B Raven is a ruck-sack portable UAV made by Aerovironment. The UAV can cary a high-resolution camera or thermal imager and transmit full motion video to a ground controller.  Raven was acquired by the USMC and Naval Special Warfare Command, but has largely been phased out by the SEALs in favor of the more capable PUMA AE.  Raven is a component of the Small Unit Remote Scouting System (SURSS) to provide "over-the-hill" intelligence to company or smaller elements out to 10 km or line of sight..