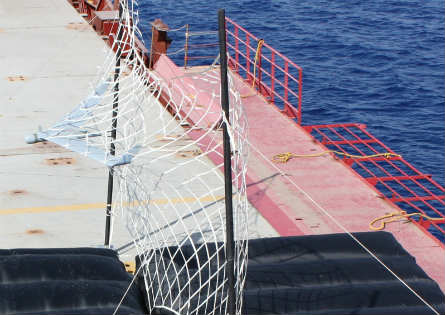 The Orbiter 3 Small Tactical Unmanned Aerial System (STUAS) is produced by Israel's Aeronautics.  Orbiter can be ground or sea-launched from a catapult and uses a low acoustic signature electric motor for propulsion during missions of up to seven hours duration at a range of 100 km.  On land, the UAS is recovered by means of a parachute and deployed airbag.  At sea, the Orbiter is recovered with a deck-mounted net, but is also sealed in the event a water recovery is necessary.  The UAS has a tri-sensor fully stabilized payload consisting of day/night cameras and a laser target designator.

An earlier version, Orbiter 2, is in service with the Israeli Navy.