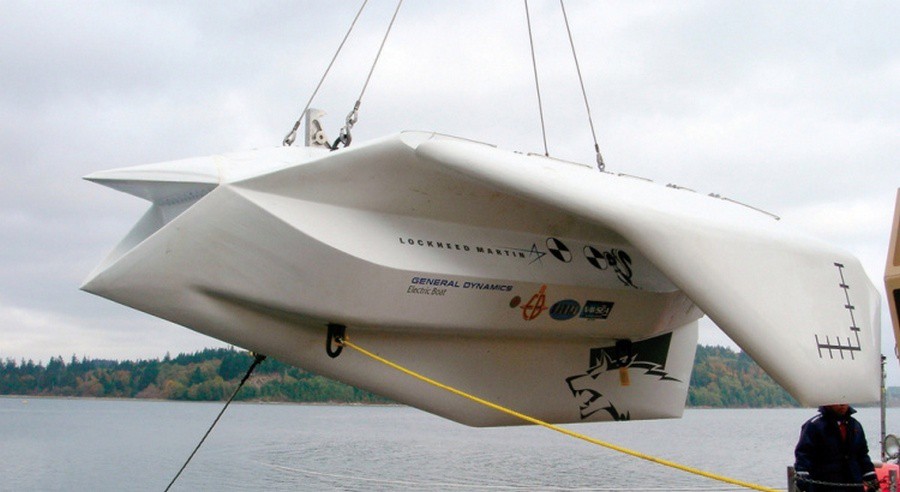 The 19 foot long jet-powered stealthy UAV would be launched from the missile tube of the Navy's four converted ballistic missile submarines (SSGN), boosted into the air by rocket boosters, recovered into the water by parachute, then pulled back into the submarine with a remotely operated vehicle.  A mock-up was tested for launch and recovery operations in the Hood Canal.  Cormorant was cancelled in 2008.