12 May 2015 - Orbital Corporation Limited is pleased to announce the new generation ScanEagle Unmanned Aerial Vehicle (UAV) is expected to include an advanced fuel and oil supply module designed by Orbital as part of the propulsion system assembly included with the new Orbital UAV engine.

The ScanEagle Unmanned Aircraft System is developed and built by Insitu Inc., a subsidiary of The Boeing Company. Insitu has chosen Orbital as the preferred supplier of engines and propulsion systems for the new generation ScanEagle UAV. The propulsion system can also be retrofitted to existing ScanEagle UAVs. Orbital’s new UAV engine and propulsion system will include an advanced Orbital fuel and oil supply module. The module allows for a new state-of-the-art configuration that will allow all engine-related systems, including the fuel and oil supply systems, to be shipped from Orbital to Insitu in one assembled unit. The design improves reliability, reduces logistics expenses, and enhances easy access/swap out for in-field maintenance.

The expansion of Orbital content in ScanEagle to include the fuel assembly as part of the engine design is a significant commercial outcome for Orbital as the Company progresses its UAV business from design validation into full production. The new Orbital UAV engine and propulsion system assembly combines the engine and ancillaries with the oil and fuel storage and supply systems into one unit, simplifying the aircraft assembly process and minimising the number of critical connections whilst also reducing size and weight. As part of this design, the integrity of all of the fuel and oil service connections can be checked prior to assembly of the aircraft, which is a significant improvement over competitor systems. Without assembly of the various modules as one unit, each of these tanks and connections would have to be individually mounted within the airframe and all plumbing connections would have to be made and tested where space and easy access is limited.

Mr Terry Stinson, CEO and Managing Director of Orbital, stated “We are very pleased to be a key contributor to this product enhancement to ScanEagle. This is a win-win for Insitu and Orbital: Orbital is adding value by improving reliability and Insitu gains a new competitive advantage through a simpler aircraft assembly and easier access for maintenance/swap out of these systems. The new Orbital fuel and oil supply module enhances Orbital’s UAV engine business and future revenue potential. We are working with Insitu and Boeing to finalise the terms of a production contract for the ScanEagle program and then intend to move as rapidly as possible into fullscale production.” 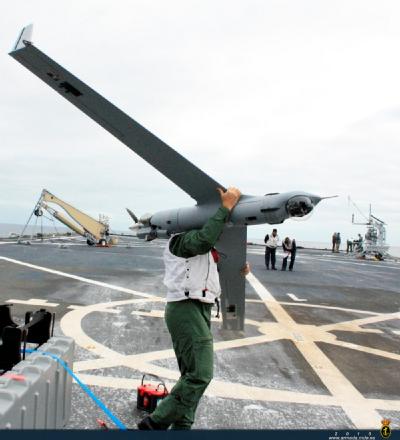 The UAV flew approximately seven hours during the first day of testing, validating take off and recovery procedures and data links up to 40 miles away from Galicia.  On the second day of at-sea testing, the Center for Electromagnetic Measurements of the Navy (CEMEDEM) measured possible electromagnetic emissions from the ship's emissions that might interfere with the operation of the Scan Eagle.

Tests were supported by the staff from the Logistic Support Headquarters (JAL), CEMEDEM, National Institute of Aerospace Techniques (INTA), the U.S. company Insitu and backed by a helicopter of the 6th Naval Aircraft Squadron. 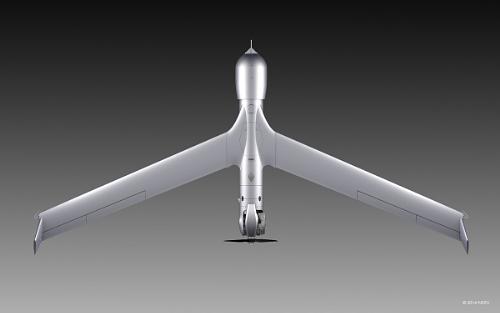 "For two decades, Insitu has made a name for itself through iterative innovation," said Ryan M. Hartman, Insitu's president and CEO. "ScanEagle 2 will shepherd us into the next two decades as we focus on reliability and affordability and enter the civil/commercial market. And as ScanEagle has always done, ScanEagle 2 will provide the capability our warfighters have come to expect from Insitu – yet more affordable and more capable."

Engineered for unmatched performance, ScanEagle 2 employs a whole-systems approach to affordability and higher reliability that includes a new propulsion system – the first reciprocating internal combustion propulsion system designed and manufactured specifically for Small-Unmanned-Aircraft-Systems-class vehicles. ScanEagle 2 also enables commonality with other unmanned systems thanks to an open-architecture ground control system, as well as a launch-and-recovery system it shares with Integrator, Insitu's other unmanned platform.

Insitu Inc., located in Bingen, Wash., is a wholly owned subsidiary of The Boeing Company. Insitu designs, develops and manufactures UAS and provides associated services for commercial, civil and defense applications. With a small footprint and customer focus for both land and sea operations, the company's family of UAS solutions and global mission support serves the needs of worldwide customers.

To date, these systems have accumulated more than 800,000 operational flight hours and 100,000 sorties.

Specifically, Baron and his team of Navy scientists and engineers used the science of integration to make surface warfare systems interoperable with unmanned air and unmanned surface vehicles, enabling streaming identification and shot correction data to naval gunnery throughout the test.

"It's a spectacular example of how scientists and engineers are enabling new technologies for the warfighter," said Baron.

Surface warfare officers evaluating the technology joined civilian technologists at the event to prove the Navy can bridge interoperability gaps - known as the interstitial space - between complex system-of-systems.

Williams - the surface warfare tactical action officer for the experiment - ordered a gun engagement on a fictitious threat based on identification and targeting data he saw streaming from an unmanned surface vehicle.

"Scan Eagle has been deployed on guided missile destroyers for years to provide persistent electro-optical and infrared surveillance," said Williams, adding that, "it has been used for Naval Surface Fire Support spotting to walk gun rounds onto an enemy target, but not in an automated fashion like in this experiment."

The NSWCDD-patented system is an automated, computerized method for determining gunfire miss distances using video data. With a non-line of sight weapon system, VASS allows the gunner to adapt gun pointing angle and converge gunfire onto a target without having to risk the lives of forward observers.

"This was as much a demonstration about integration as it was about the three research initiatives being exercised," said Baron.

Throughout the test, the cybernetic USS Dahlgren responded to reports of hostile threats by searching intelligence and data across multiple air and ship control operational systems, maximizing response accuracy and timeliness.

"The virtual USS Dahlgren is hosting new technological advancements and platforms for integrated test and evaluation full speed ahead," said NSWCDD Technical Director Dennis McLaughlin who watched the demonstration. "We are providing linkage that ensures our test and evaluation capabilities can be rapidly adapted to changing warfighter needs."

"The science of integration - a relatively new area of investigation for NSWC Dahlgren Division - hides in the interstitial space," said Baron. "We are working hard at focusing on the integration sciences to deal with mission engineering challenges for surface warfare. These demonstrations are casting a strong light into the interstitial space to address naval interoperability and integration challenges and continue to advance warfighting capabilities into our surface fleet."

27 September 2012 - Insitu Inc., maker of the ScanEagle line of naval unmanned aircraft, demonstrated a more compact version of its launch and recovery system at an Oregon testing range. Sponsored by the Office of Naval Research, the Compact Launch and Recovery System (CLRE) uses a pneumatic launcher and is smaller and lighter than the existing SuperWedge launcher and Skyhook recovery systems. The system is designed for tighter installation on small vessels such as special operations craft.

14 August 2012 – In June, Boeing and Johns Hopkins University Applied Physics Laboratory teamed to test swarming functions using two ScanEagle drones. According to a Boeing press release, an operator using a laptop and radio “was able to connect with autonomous UAVs, task them and obtain information without using a ground control station.” The technology mimics a swarm of insects, synchronizing movement of the drones to autonomously conduct searches and collect intelligence.

Although UAVs have delivered many benefits to those navies using them, the number of sailors and contractors required to operate and process the information from the drones has not necessarily resulted in personnel cost savings required of manned aircraft. The need for further automation in drone operations is one of the drivers for swarming technology. "Swarm network technology has the potential to offer more missions at less risk and lower operating costs," said Gabriel Santander, program director of Advanced Autonomous Networks for Boeing Phantom Works. 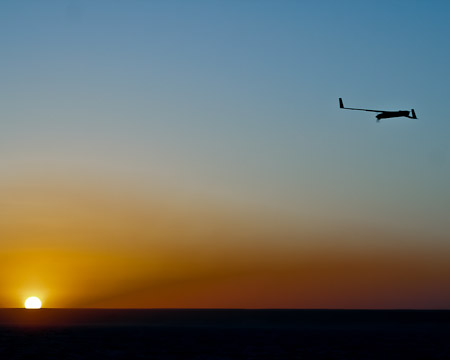 28 May 2013 - ScanEagle launched from USS Ponce provides overwatch during IMCMEX 2013.