The U.S. Navy's MK VI Patrol Boat is designed to carry a variety of unmanned systems.  At Sea Air Space 15, the boat displayed a PUMA UAV. It will also be configured to carry two MK 18 Mod 2 Kingfish mine hunting UUVs.  The 85 foot craft has a cruising speed of 30 knots, a maximum speed of 40+knots, and carries a variety of remotely and manually operated guns of various calibers.

The Navy accepted delivery of the first boat on August 27, 2014 and will purchase 10 of the craft. 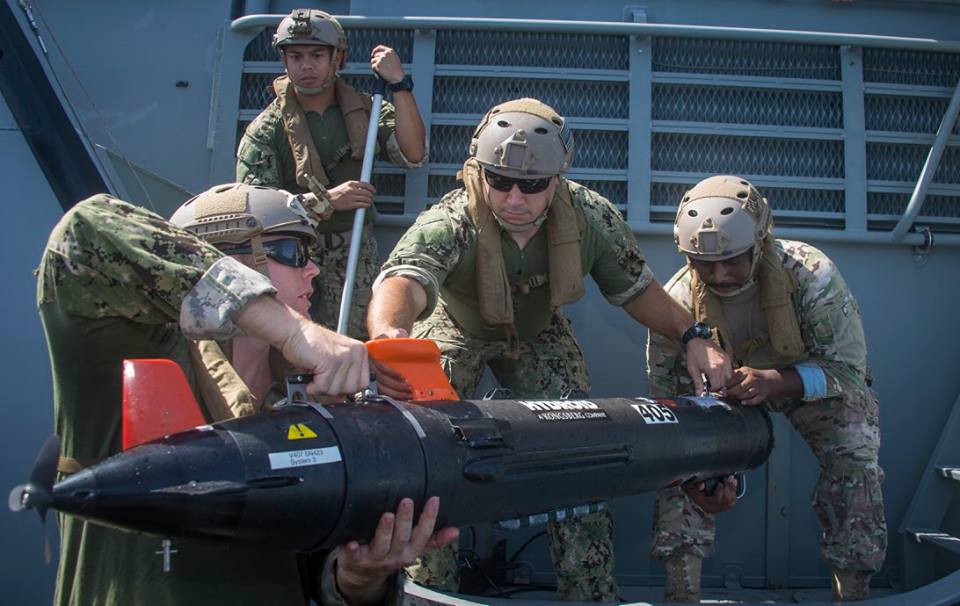 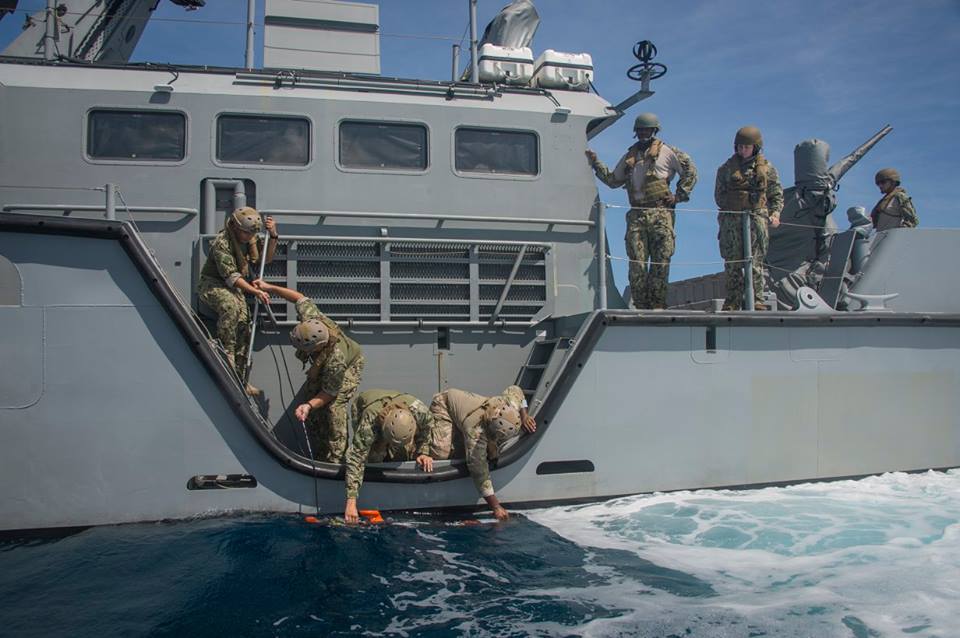 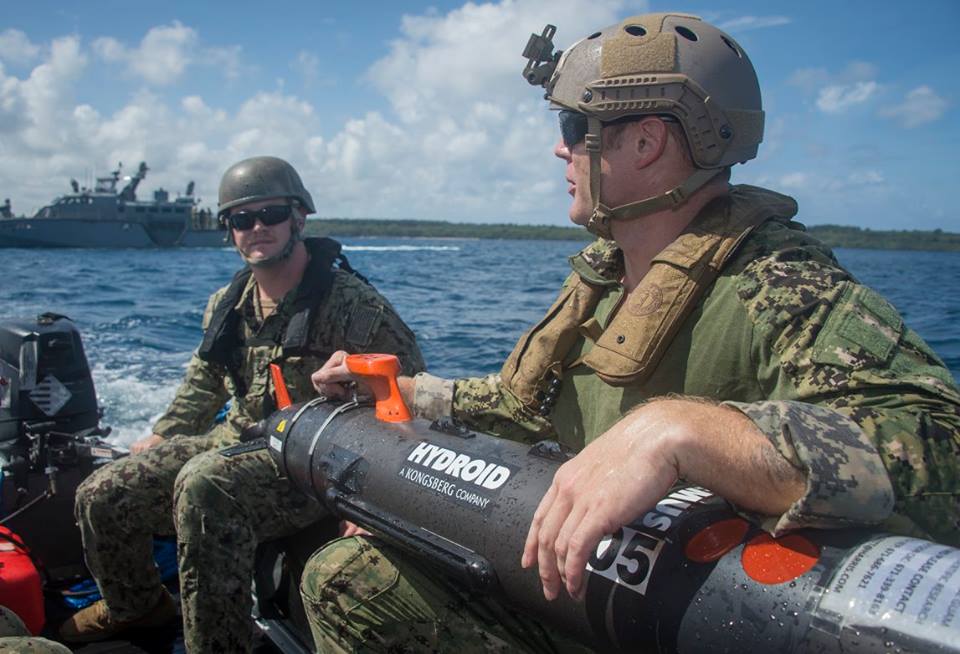 12 April 2017 - Sailors assigned to Explosive Ordnance Disposal Mobile Unit (EODMU) 5 and Coastal Riverine Squadron (CRS) 3 operate with a REMUS portable unmanned underwater vehicle off the side of a MK VI patrol boat just off the coast of Guam. EODMU 5 and CRS 3 are collaborating to test the capabilities of the MK VI patrol boat for mission-specific explosive ordnance disposal operations under the planning and execution of Commander, Task Force 75. Both commands are based out of San Diego, California. (U.S. Navy Combat Camera photo by Mass Communication Specialist 3rd Class Alfred A. Coffield)