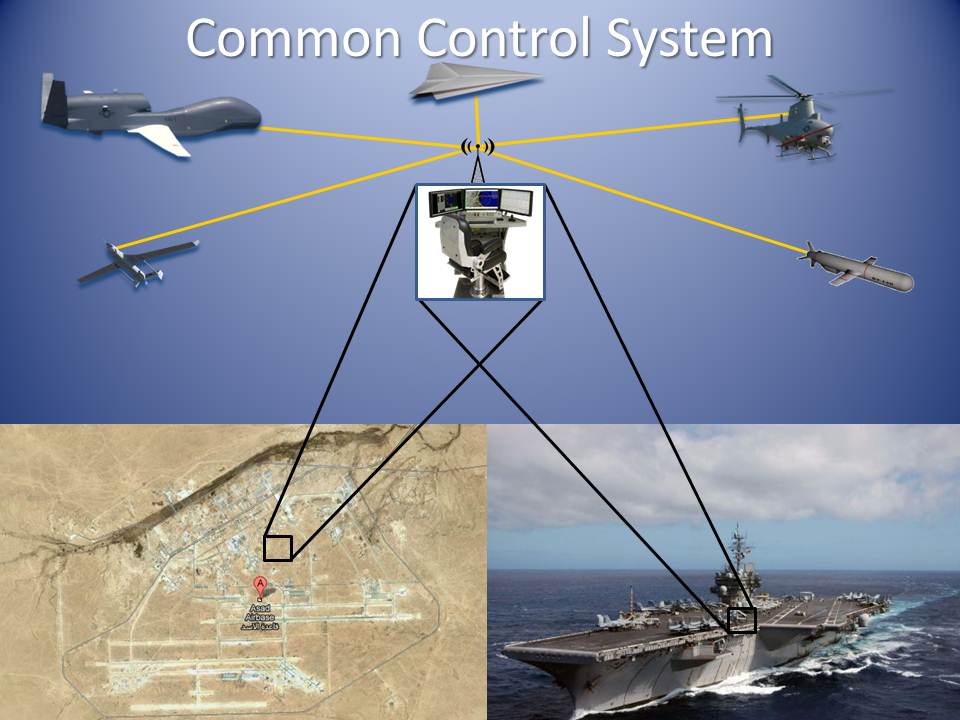 The Common Control System is a program to provide U.S. Navy unmanned vehicles hardware and software that works across several different systems. The open architecture technology provides interoperability and cost savings across multiple unmanned platforms. According to the Naval Air Systems Command, CCS is designed to provide a "common framework, user interface and components that can be integrated and tested on a variety of emerging or legacy platforms."

In addition to primary mission control, CCS will support mission planning and operations in dynamic airspace, along with external messaging and communication. The platform will also facilitate processing, exploitation and Dissemination (PED) of information from sensor payloads, plus other support and infrastructure services. CCS has been integrated into the UCLASS, MQ-8C Fire Scout, MQ-4C Triton, and other platforms.

In early September, the UCLASS team integrated the latest iteration of Common Control System (CCS) software into the next-generation unmanned effort, laying the groundwork for potential use across multiple domains –airborne, land and subsurface.