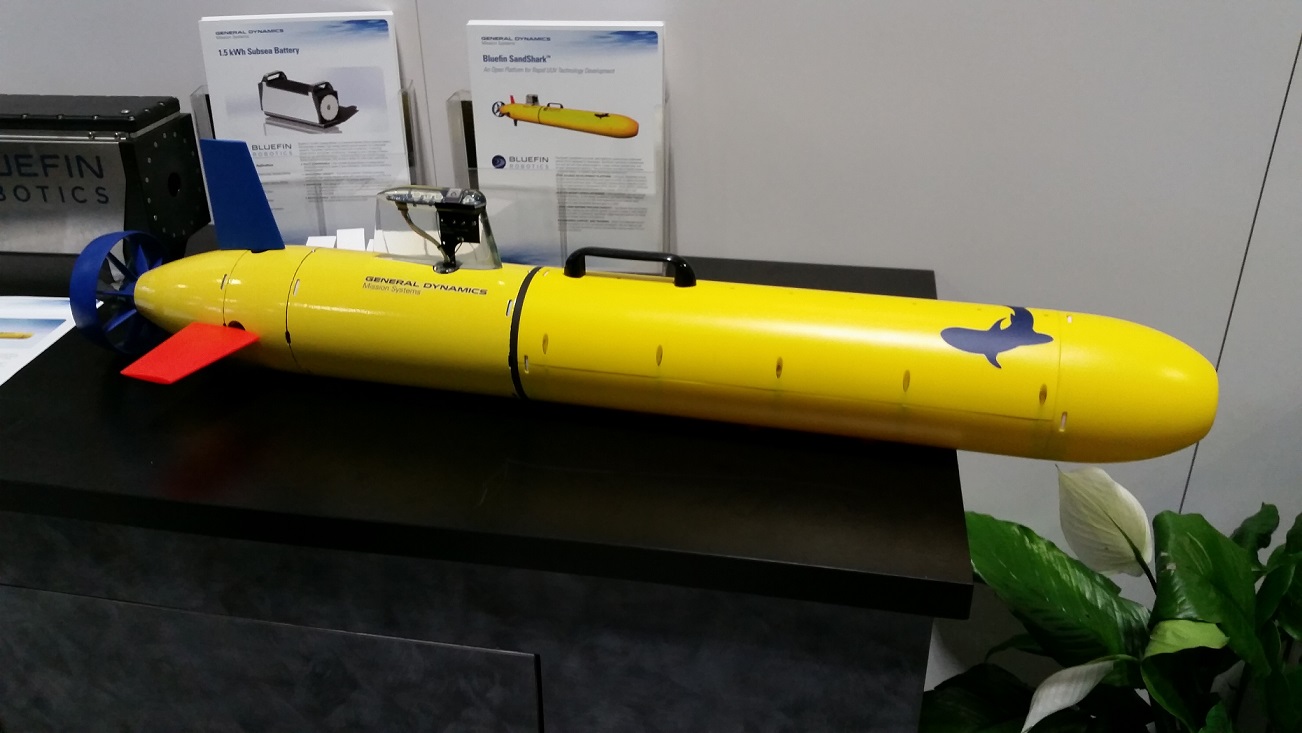 SandShark is Bluefin Robotic's small, open-platform autonomous underwater vehicle. SandShark is designed with open-source software and allows users to modify its software stack in a variety of development environments (C++, Python, or MATLAB).

The vehicle weighs less than 6.5 kg (15 pounds) with no payload and is 60 cm in length, though can expand dependent on attached payloads. The vehicle's Lithium-Ion battery pack provides an endurance of greater than 5 hours.

In a separate demonstration during the ANTX exercise, the Bluefin-21 hosted acoustic sensors from industry and academia.

The Bluefin-21 AUV is modular and designed with the flexibility to carry and launch a variety of AUVs in configurations that include M-AUVS, larger AUVs, and unmanned aerial vehicles. A Bluefin-21 can be reconfigured for multiple missions with varying payloads including intelligence, surveillance and reconnaissance sensors and communications nodes to expand maritime network communications.  For example, the Bluefin-21 AUV is the base vehicle for the Navy's Knifefish program, a surface mine countermeasure unmanned underwater vehicle.

The Bluefin SandShark M-AUV weighs approximately 15 pounds without sensors and its potential missions include intelligence, surveillance and reconnaissance, mine countermeasures, sea-floor mapping and imaging.

Sponsored by the Naval Undersea Warfare Center, Newport Division, 2016 ANTX is a forum for industry to join with academia and Navy laboratories to demonstrate new technologies that will accelerate technology from development, to in-water testing, to fielding the new capabilities for the Navy's fleet. The theme for this year's exercise was Cross-Domain Communications, Command, and Control and took place at the Navy's Narragansett Bay Test facility in Newport, R.I.