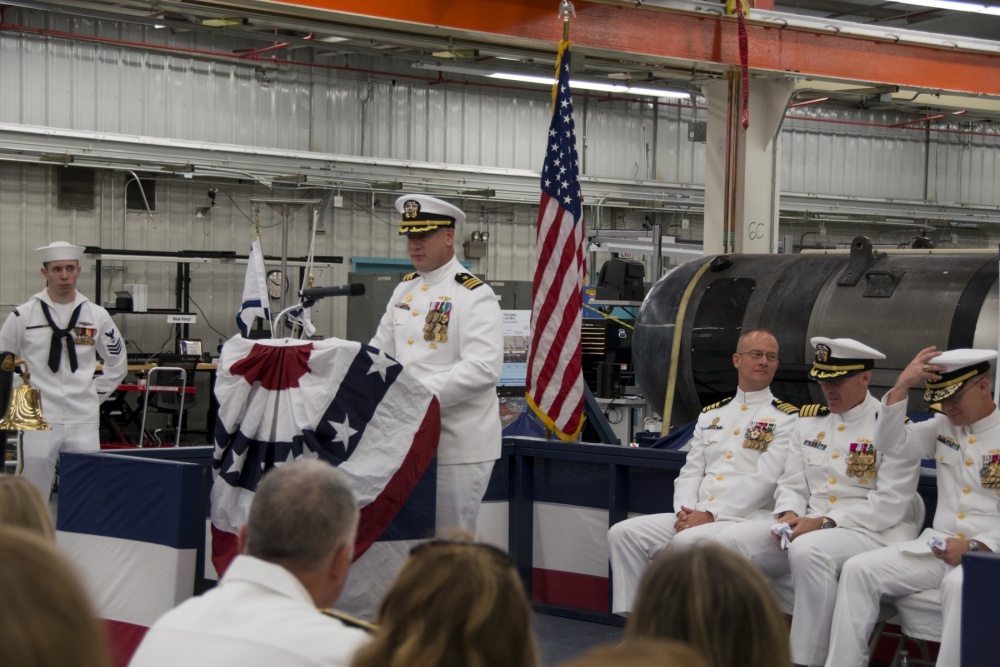 “It’s very important to note that today is not only a very important day for Capt. Steve Mack and me, but it is a historical day for the Navy, Submarine Force and DEVRON 5,” said Gaucher. “Today we are transitioning our UUV Detachment into the first UUV Squadron. Why is this historical? It’s because in standing up UUVRON 1, it shows our Navy’s commitment to the future of unmanned systems and undersea combat.”

“I have truly enjoyed this tour and hate to turn over the reins, but if you read Steve Mack’s biography, you’ll see he has an exceptional resume and I know that he’ll do great as commodore,” said Gaucher. “To the team of DEVRON 5, it has been an honor to be your commodore.”

Gaucher’s next assignment will be in Norfolk, Virginia, where he will serve as the Chief of Staff for Commander, Submarine Force Atlantic.

“We have a strong group of devoted leaders in our commanding officers, officers-in-charge, and staff here on the DEVRON 5 team,” said Mack. “I am excited to be here serving with you and will endeavor to do my best every day to mentor, motivate, lead, drive, and work with you best to achieve your full personal and professional potential while we strive to reach our team goals in support of the submarine force and our great nation.”

Mack comes to DEVRON 5 from U.S. Pacific Command, where he served with the current operations division.