FDECO (Forward Deployed Energy and Communications Outpost) is a an Office of Naval Research (ONR) research and development program to provide refueling and data transfer stations for unmanned underwater vehicles.  Two of the biggest challenges facing autonomous underwater vehicles are limited endurance and difficulties transferring the data collected by the UUVs.  The U.S. Navy's UUV Master Plan dated November 2004 articulated the requirement and noted that "undersea docking stations for recharging batteries and extracting data should be viewed as long term options.”

According to a May 2015 industry outreach event announcement, FDECO "will prototype a forward deployed, open, scalable and coordinated undersea energy replenishment, data management, and communications infrastructure (EDCI) for undersea vehicles and sensors." FDECO is intended to transmit data downloaded from UUVs by long-range (hundreds of miles), low-bandwidth methods, such as modems.

The resulting capability will be compatible with tools developed for JNE to allow for modeling and simulation of future FDECO concepts of operations that integrate FDECO with other communication networks. More specifically, networking models will be updated to support operations in a Disrupted, Disconnected, Intermittent, Limited Bandwidth (D-DIL) environment and additional models relevant to FDECO system operations. During Phase II, SCALABLE will develop a modular outpost model to support different types of nodes and the communications between them."Unmanned underwater vehicles (UUVs) are a low-cost surveillance and communication option that is finding increased use in commercial and military applications.

One of the most important aspects of the underwater environment is communication for command and control of UUVs and other assets and the timely, secure transfer of sensor data," stated Jeff Weaver, Vice President of Engineering. "As part of the project, SCALABLE will support modeling and communications envisaged in the FDECO program for risk mitigation, configuration management, network operations and mission planning which will help the Navy to develop capabilities to assure FDECO- supported missions.

SCALABLE's simulation software can be federated with other simulators making it the perfect choice to evaluate underwater network resiliency and performance, and their impact on the mission."

The objective of this project is for SCALABLE to develop a Live, Virtual, Constructive (LVC) model that supports at-scale network simulation in an operational context and test the communications among underwater unmanned vehicles (UUVs) FDECO's, and the commanders responsible for theater-level operations. The network model will support multi-modal underwater communications (via acoustic, electro-magnetic, RF and laser) among FDECOs distributed on the ocean floor, and submarines and unmanned undersea vehicles (UUVs), both operating at speed and depth in disconnected, interrupted and low Bandwidth (DIL) environments. The project will also focus on evaluating underwater network resiliency and performance, and their impact on the mission. 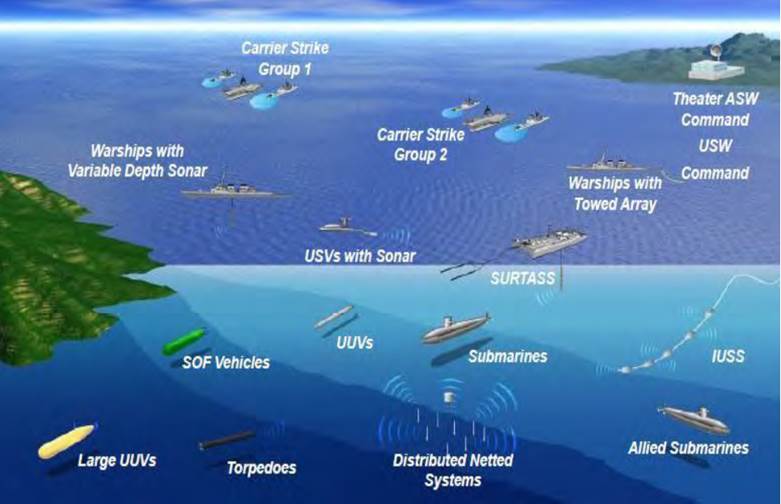 "Dependable underwater communications are critical to mission success," said Dr. Pedro Forero, Networks Area Lead for the FDECO INP. "Collaborating with SCALABLE allows the program to design and analyze the underwater network and mitigate risks while developing this innovative technology."

"We are very pleased to play an integral part in supporting the U.S. Navy throughout the entire FDECO operational lifecycle," stated Dr. Rajive Bagrodia, SCALABLE founder and CEO. "Our high-fidelity emulation solutions will enable design and accurate analysis of the critical underwater communications networks. SCALABLE strives to continuously enhance our software in support of national defense." 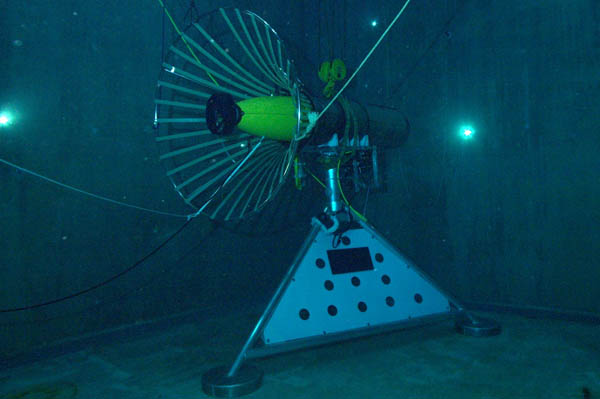 Battelle demonstrated a similar concept with its prototype UUV Docking and Replenishment Station (UDRS) in September 2011 in Boston Harbor with a Bluefin-12 UUV. The UDRS provides untethered (non-contact) energy and data transfer to UUVs via inductive power transfer and Wi-Fi data transfer. UDRS was capable of recharging UUVs in 6 to 12 hours and downloading data at 600 Kbps uploading it at 400 Kbps.  Future hardware could see data transmission speed increased up to 5 Mbps. 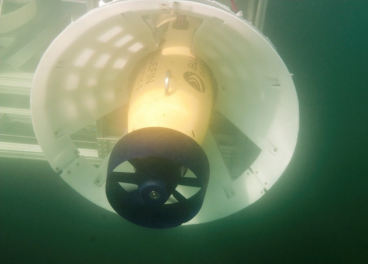